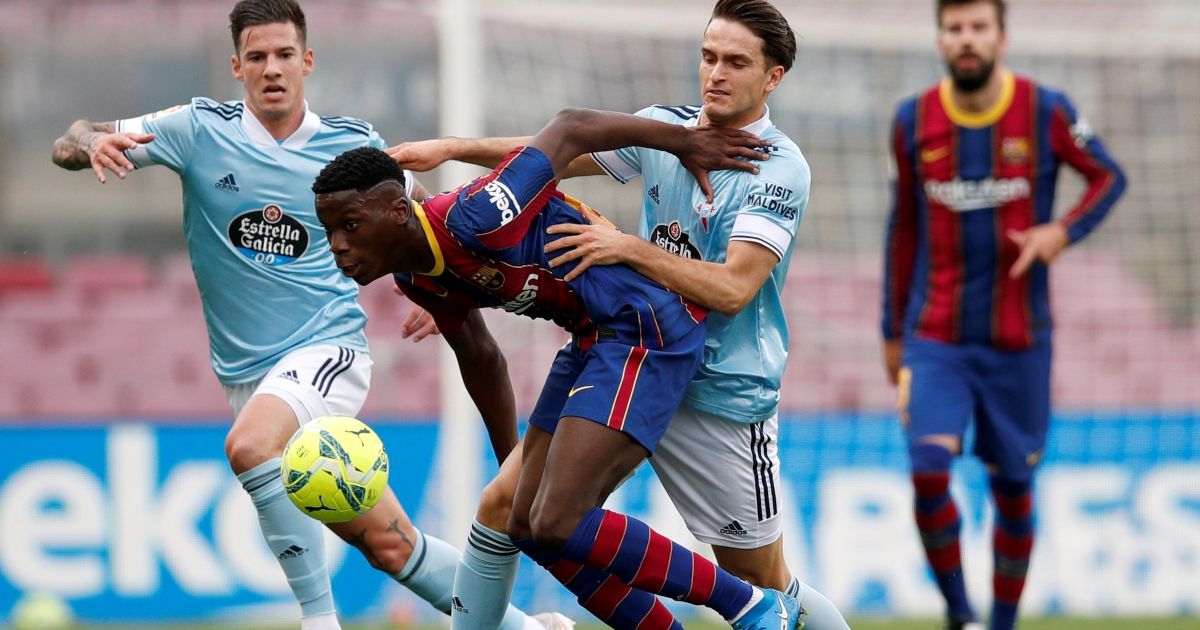 Barcelona are certain Ilaix Moriba will move to Premier League side Chelsea this summer if he fails to sign a new contract at the club, according to a report in Spain.

The youngster is out of contract at the Camp Nou next summer with Barcelona’s attempts to keep him at the club proving fruitless.

Recent reports have claimed that the Catalan giants will try to sell him this summer if they can’t make progress in negotiations with the 18-year-old.

Barcelona recently revealed they have mounting debt with the club having to let Lionel Messi leave for Paris Saint-Germain this summer.

As they work to control their finances, Barca are unlikely to cave in to the huge demands from Moriba’s representatives.

Yesterday there were claims that Moriba had been spotted in London amid rumours that he could be on his way to Chelsea this summer or next.

Earlier this week a report had claimed that Chelsea were ‘willing to pay more’ than Leipzig – who are their main rivals for Moriba – to get a deal over the line.

And now Spanish newspaper Sport (via Sport Witness) claims in a ‘confidential’ report that Barcelona are ‘convinced’ Moriba will sign for Chelsea if he fails to agree a contract renewal in Catalunya.

Speculation was growing in recent days that the former Spain under-21 international could sign for arch-rivals Real Madrid but Sport say that won’t happen because the hierarchy at the two clubs have recently signed a ‘non-aggression pact’.

Meanwhile, Jurgen Klopp has revealed what he admires about Thomas Tuchel’s teams ahead of Liverpool’s meeting with Chelsea at the weekend.

“It is a footballing philosophy, it is a possession philosophy, but he is not stubborn or anything,” Klopp said.

“It is flexible from a technical point of view at the highest level. He adapts to different situations. He adapted especially when he came from Mainz to Dortmund.

“I had the same challenge to face, incidentally. Suddenly, you have a completely different quality of player to work with and you have to deal with that.

“Then when you go to PSG that is another step and how he dealt with that I thought was really impressive.”