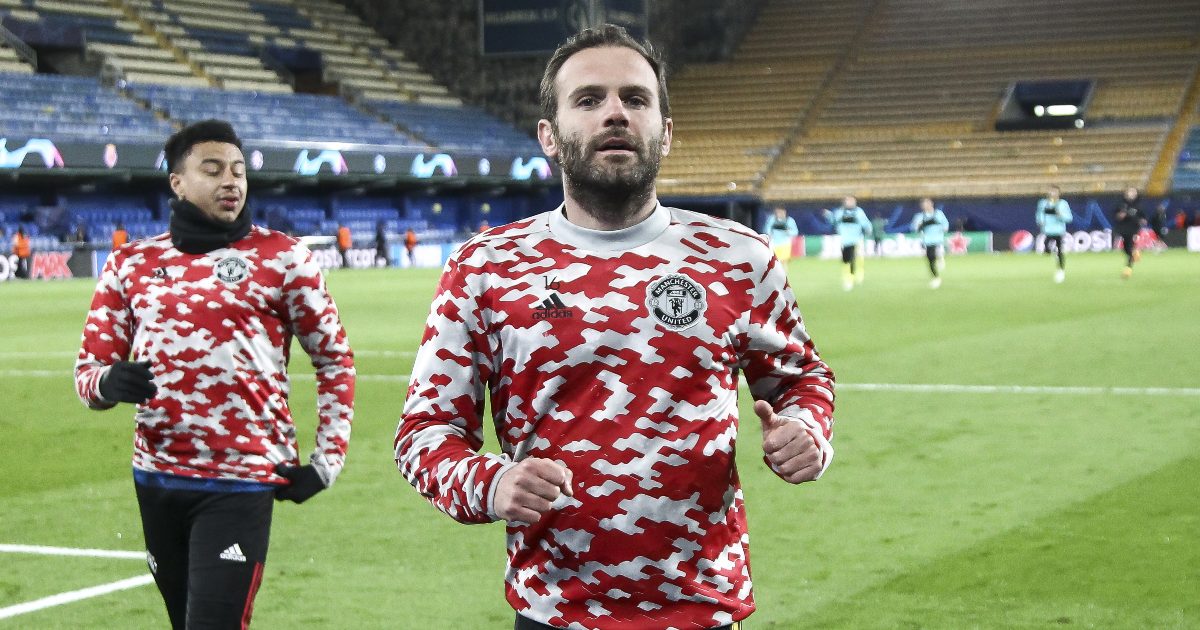 According to reports, ‘there is confusion’ at Man Utd about Ralf Rangnick’s decision to leave out their midfielder Juan Mata.

Following a three-year spell at Chelsea, Mata made the move to Man Utd in 2014 for around £37m.

The Spaniard has been a key player for most of his time at United and he has won three major trophies.

The 33-year-old has fallen down the pecking order over the past couple of years. He is yet to make an appearance in the Premier League this term.

Mata is out of contract at the end of this campaign and he is expected to leave Man Utd.

A report from The Athletic has stated that Mata is ‘training very well and has no fitness issues.’

Therefore, ‘there is confusion’ at the club about Rangnick’s apparent refusal to give Mata an opportunity to impress.

They add that several La Liga sides are interested in the experienced midfielder.

Elsewhere, Gary Neville has warned Manchester United against moves for Mauricio Pochettino or Erik ten Hag to become their next permanent manager, questioning whether either has the “personality” to cope with the pressure.

Carlo Ancelotti and Ralph Hasenhuttl are among those linked with replacing interim boss Ralf Rangnick this summer, but Pochettino and Ten Hag are the two current favourites.

But Neville believes both would struggle to deal with the “scale” of the task they would face at Old Trafford.

Neville said: “If you look at Pochettino and Ten Hag who are the two that keep getting mentioned.

“Pochettino we don’t even know if they can get from Paris Saint-Germain. Have they got the personality to come in to Manchester United?

“The scale of the club, the issues that exist there at this moment in time – are they able to have the personality and character and the strategic planning of how to manage up and down?

“To influence up, to take over the planning of the training ground, to redevelop the stadium, all the stuff you think a great manager would do.

“I’m not sure Pochettino and Ten Hag have got that in them.”