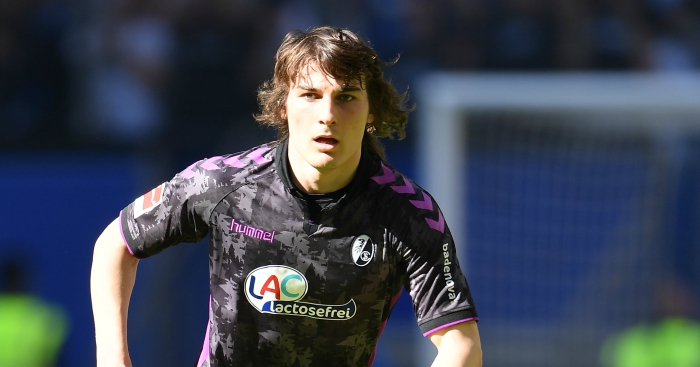 Arsenal are set to beat Bayern Munich to the signing of centre-half Caglar Soyuncu. Or maybe not.

It was reported on Thursday that Gunners had leapt ahead of the Bundesliga giants in the race to sign Soyuncu.

The president of the centre-half’s former club let slip that Arsenal were on the verge of completing a deal for this summer.

“Arsenal made an enquiry about his time at the club. Of course, we would make a cut from the transfer if he joins Arsenal.

“Bayern Munich also want him but he’s on the way to the Premier League.”

But Soyuncu’s current club, Freiburg, have moved to deny the claims.

Club director Jochen Saier insists Soyuncu, 21, and rated at around £30m, is not leaving.

“Ozkan can know little about the overall scenario,” he told Bild.

“This is total nonsense. Arsenal did not contact me and there is no offer.”