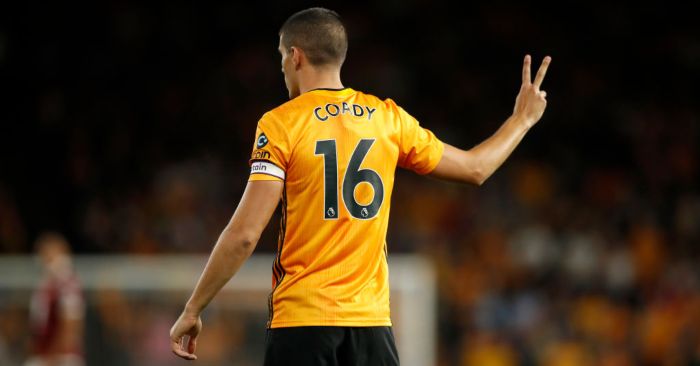 Conor Coady felt compelled to leave Liverpool because of the “ridiculous” competition for places.

Coady spent almost a full decade at Liverpool from academy player to the fringes of the first team.

He made just two appearances before joining Huddersfield on a permanent deal in 2014 after a bright loan spell at Sheffield United.

Coady has since established himself as integral to Wolves in the Premier League and someone Liverpool would happily welcome back.

But he has no regrets over his departure, and only kind words to say of Brendan Rodgers and the squad.

“Brendan Rodgers was good to me when I was young,” he told Sky Sports.

“I had a season training with the first team at Melwood, and learning off them, that was big for me, but I always knew it was tough. I was always realistic, I was learning a lot off the first team, how to play and do things.

“I knew at some point I’d have to come away from Liverpool to really experience being a first-team player. It was the best decision I ever made, and Brendan Rodgers was great for that; he pushed that to send me on loan and try to improve my game.

“Even being on loan at Sheffield United, I loved the season and it was a great club for me to go to, coming back I still knew it was going to be tough. Liverpool were always getting better, they were always improving, and the players in my position were ridiculous. But I just wanted to play football. I knew where I was at, the type of level I was at, but I just wanted to be part of a first team, playing in games which meant something, playing against men.”