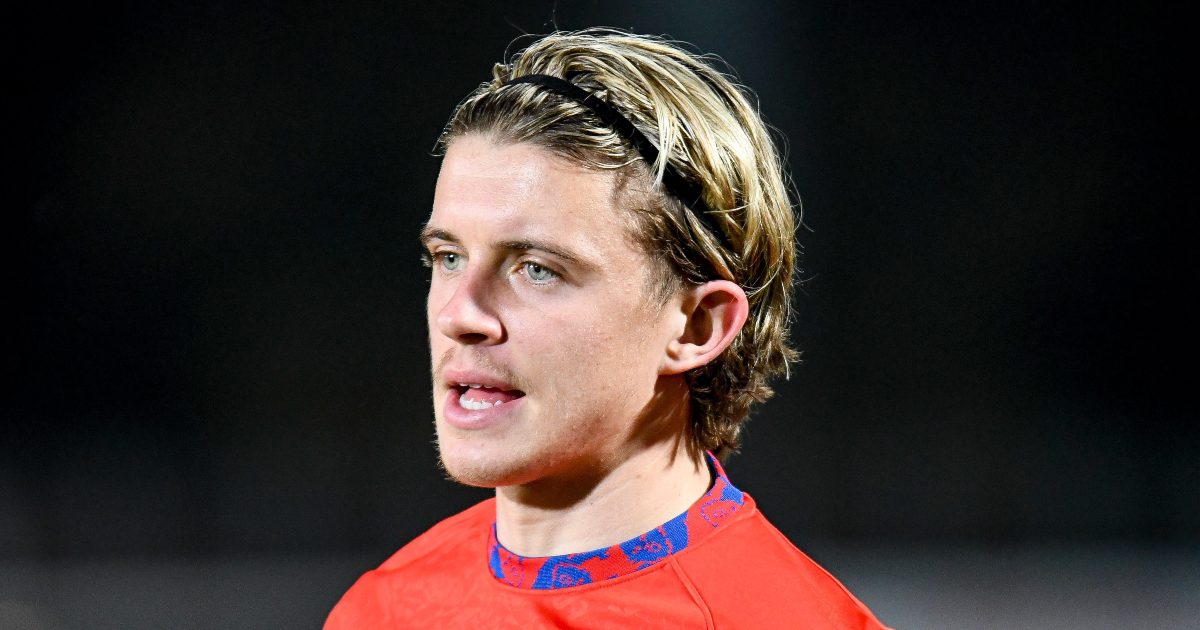 Conor Gallagher has “reservations” whether he will get a chance to perform regularly in Chelsea’s first team next season despite the club “assuring him”, according to reports.

The midfielder is yet to make his senior debut for Chelsea. Over the past couple of years, he has shone while on loan at the likes of Swansea City and West Brom.

Gallagher joined Crystal Palace during the summer. He has made a great start to the 2021/22 season and this led to him receiving his first senior England call-up.

The 21-year-old made his debut for The Three Lions during the international break versus San Marino.

Eurosport are reporting that Gallagher is unsure whether he will “truly get a crack” at playing for Chelsea in 2022/23.

Their report states: “Conor Gallagher is understood to have reservations about whether he will truly get a crack at Chelsea’s first team next season. Despite the club assuring him it will be the case.

“Of the 22 players currently out on loan, there is a feeling around Chelsea’s Cobham base that Gallagher and Billy Gilmour are the pair being looked at as leading candidates to step up next season.

They added: “They have intimated to Gallagher that a good season at Crystal Palace will open the door for him but sources close to the player say he still fears they will be tempted to strengthen the squad through the transfer market – reducing his chances of a breakthrough.

“Gallagher has been outstanding for Crystal Palace this season and has broken into the England set up. He will return to Chelsea at the end of the season for discussions about the next step.”

Elsewhere, Norwich boss Dean Smith has insisted that Billy Gilmour has a “big role to play”:

“They have got a big role to play at this football club. Along with the rest of the squad,” Smith said.

“It’s a new start for them with a new coaching team coming in.

“We’ll see them in training tomorrow and it’s down to them to impress us in our time here.”