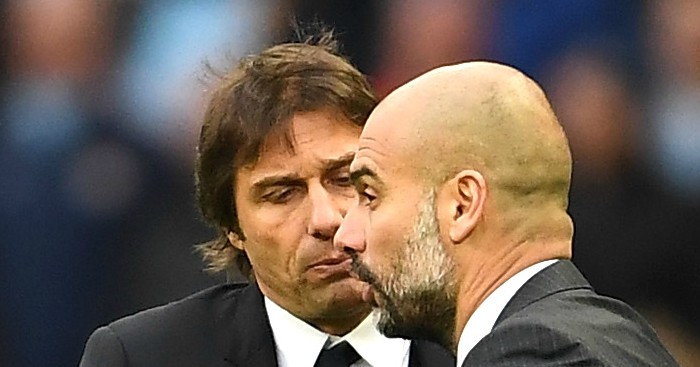 Chelsea top the table by ten points at the start of February, with the chasing quartet of Tottenham, Arsenal, Liverpool and Manchester City all separated by just one point.

The Blues have won 15 of their last 17 league games, losing just one, and Guardiola believes such a lead is unassailable.

“Only Chelsea can lose the Premier League,” he said after Manchester City’s midweek thrashing of West Ham. “But we will be fighting until the last day to qualify for the Champions League.”

But Conte insists that there is a race yet to be run, and says Guardiola’s comments are to be expected.

“It’s normal, a mental strategy that every single coach tries to use,” the Italian said.

“If someone thinks that the league is finished, I’m not so sure.

“Anything can happen. It’s important to keep the antennae very high.

“I want to have this tension, this right tension. There are 15 games to play and there are a lot of great teams behind us.”

Conte watched City’s 4-0 win at West Ham on Wednesday, which highlighted the quality of those chasing Chelsea.

The Italian added: “We all know the real potential of Manchester City.”

City led Chelsea by eight points after six games, following the Blues’ losses to Liverpool and Arsenal in September. Now Pep Guardiola’s men are 13 points behind Conte’s side.

“The situation can change very quickly,” he said.

“In that moment City had seven (sic) points more than Chelsea.

“There are 15 games (left) and we must pay great attention to reply to Pep.”