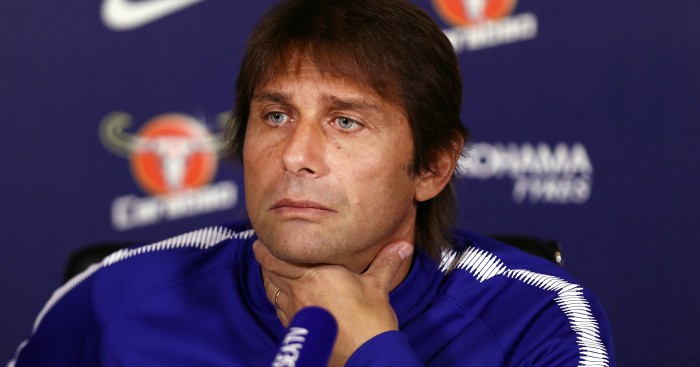 Antonio Conte has taken “responsibility” for his Chelsea side’s tactics during their 3-3 draw against Roma in the Champions League on Wednesday night.

The Blues had surrendered a two-goal lead, through strikes from Luiz and Eden Hazard, to trail 3-2 with 20 minutes remaining.

It meant Chelsea avoided a third straight loss for the first time under Conte’s stewardship.

Conte, who deployed defender Luiz in midfield, admitted his tactics contributed to Chelsea being second best.

When Luiz went off for Pedro, Chelsea reverted to their usual 3-4-3 formation.

“I didn’t like the type of football we did for a lot of the game, but it’s right to take the responsibility for this,” Conte said.

Chelsea top Group C by two points from Roma ahead of the October 31 return in the Eternal City. United visit Stamford Bridge in the same week, on November 5.

Mourinho was sacked by Chelsea for a second time in December 2015, seven months after winning the Premier League title.

And Conte revived the Blues to claim the title in his first campaign as boss.

Hazard rued conceding a two-goal lead, but says Chelsea can be content with avoiding defeat.

“But one point is enough today after two defeats, it’s not easy to bounce back against a great team but we did.”