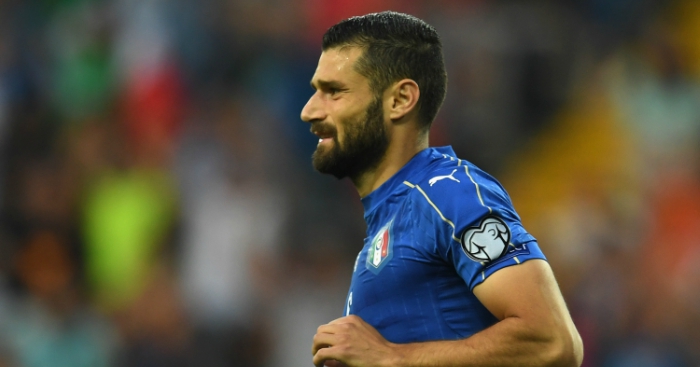 Antonio Conte identified a potential replacement for Oscar in January but Chelsea failed to sign him.

The Blues did not make a single first-team signing in the winter transfer window on their way to a second Premier League title in three years.

They parted with Oscar, John Obi Mikel and Branislav Ivanovic in January however, earning over £66million in player sales but choosing not to reinvest any in new signings.

According to Conte’s agent, Federico Pastorello, Inter Milan and Italy winger Antonio Candreva was identified as a potential signing, but the Blues could not seal a deal.

“I was lucky enough to negotiate Conte’s move to Chelsea,” the agent said. “When you win the Premier League you are regarded as the best manager in the world.

“Inter wanted to hire him a few months ago but eventually they’ve chosen another great manager like [Luciano] Spalletti. He’s the right manager for Inter.”

He added, of the club’s pursuit for winger Candreva: “This past January, Chelsea wanted to sign Candreva.

“They needed a replacement for Oscar and Antonio would have been a good one. However, he had just joined Inter and [Inter owners] Suning do not want to sell their best players.

“I don’t know if he’ll stay at Inter, I’ll talk to [Inter Directors] Ausilio and Sabatini.”