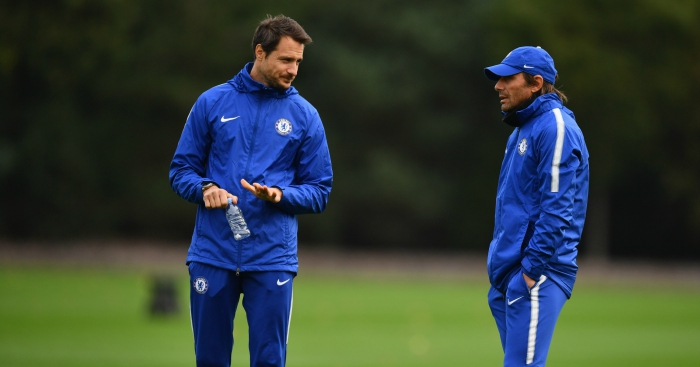 The ‘unusual figure’ of Carlo Cudicini is acting as intermediary as Antonio Conte continues to clash with the Chelsea board.

The well-connected Matt Hughes of The Times reports that Conte’s constant complaints over transfers at Stamford Bridge has left many of his relationship with club executives ‘increasingly fractious’.

Conte and Granovskaia are the two most ‘at odds’ with one another, with the pair often having to ‘resort to communicating’ through Cudicini, one of Conte’s coaches.

Conte is thought to have identified Leonardo Bonucci and Fernando Llorente as his main targets last summer, but neither were delivered.

Former technical director Michael Emenalo previously acted as ‘a buffer’ between the two, but that role now belongs to Cudicini. The former keeper is an ‘unusual figure’ at Stamford Bridge, Hughes writes, because ‘he is almost universally popular’. Which essentially means everyone else is at least a bit of a d*ck.

Hughes finishes by saying that Chelsea ‘are growing weary of Conte’s complaints’. ‘While Tiémoué Bakayoko, Danny Drinkwater and Ross Barkley were club signings, it was Conte who pushed them to buy Álvaro Morata and Davide Zappacosta last summer.’