Home All The News Conte ‘angered’ by Chelsea after ‘bundling’ Llorente 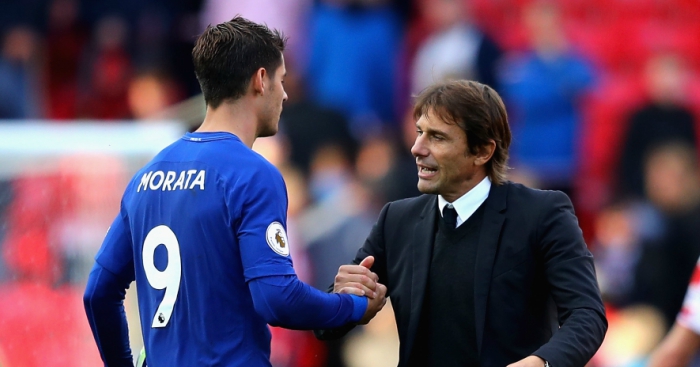 Antonio Conte has been left ‘angered’ and ‘unhappy’ at Chelsea’s inability to sign an alternative to Fernando Llorente this summer.

The Blues signed just one forward in the transfer window, with Alvaro Morata arriving for a club-record fee of £57million.

But in offloading Diego Costa, Dominic Solanke, Tammy Abraham and Loic Remy, they have now been left short of strikers.

Morata suffered an injury in the 1-0 defeat to Manchester City on Saturday, leaving Michy Batshuayi as the only like-for-like replacement.

According to The Times however, the Belgian ‘has yet to convince his manager that he can be trusted to lead the line’.

Conte has therefore been left ‘unhappy’ with how Morata’s injury has ‘exposed’ his lack of options.

Matt Hughes writes that the Italian ‘is particularly aggrieved’ at the club’s inability to source an alternative to Swansea striker Llorente.

The Blues had courted Llorente as far back as January, but Tottenham swooped in late in the summer to sign him.

Conte ‘thinks Chelsea’s pursuit of Llorente was bungled throughout’. There is something sinister going on at Stamford Bridge.