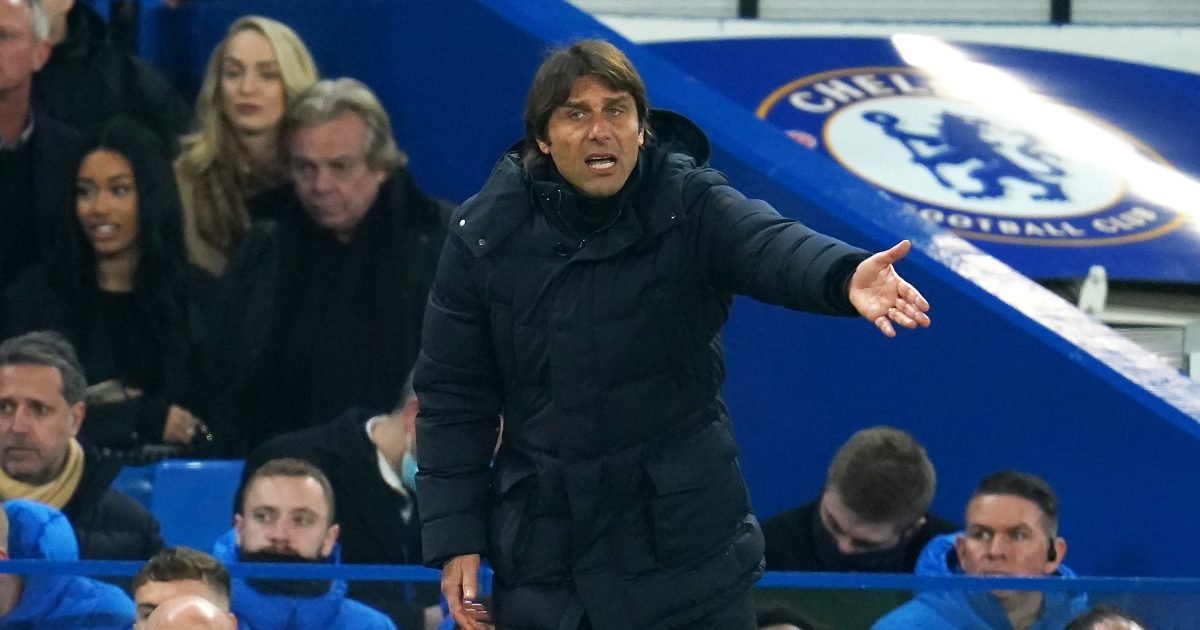 Antonio Conte admitted that there is a “big gap” between Tottenham Hotspur and the “top teams” after his side’s loss against Chelsea.

Spurs were beaten 2-0 by Chelsea on Sunday afternoon. Hakim Ziyech and Thiago Silva got the scoresheet in the second half to settle the game.

Thomas Tuchel’s men were much the better team but Tottenham felt they should have gone ahead before the break.

Harry Kane found the net but the referee ruled that the striker pushed Silva in the back before striking the ball.

This defeat is Conte’s first in the Premier League as Tottenham boss. His side are seventh in the table but they will move into the top four if they make the most of their games in hand.

As quoted by BBC Sport, Conte acknowledged that there is a “really important gap” between Spurs and Chelsea:

“I don’t like to lose and a defeat is always difficult for me. But I think to have nine games in a row without defeat was important,” Conte said.

“At this moment, the gap with other teams like Chelsea is really an important gap and the team and the squad, the game was… I am proud of the effort. We tried to do everything but sometimes it is not enough, especially against a team like this.

“Now there is a big difference between us and the top teams.”

On Kane’s disallowed goal: “It is very difficult to comment and I don’t want to comment on the referee’s decision. But to disallow this goal in England, was incredible for me. Maybe I am more upset about the yellow card for [Japhet] Tanganga because I think this was clinical.”

On transfers: “This is not the right moment to speak, the club know very well what I think. There is not one transfer market to close the gap. In the last few years, this gap became very big and now it is not simple to find a solution in a short time.

“I am only focused to work until the end, we have four months to try and give everything, but if we think we solve the situation with the transfer market, it is not the reality. You need many years, but for sure we have to start.

“You have to sell or loan players and it is difficult. Then you have to find the right players for you. You can only start this process but you need many years.

“It won’t be easy, I spoke with the club and am totally in this position of the club to work and improve the situation on the pitch.

“I am enjoying my time at Tottenham, we have four months to work and get the best possible result. I am proud of the effort. Sometimes you can push 100% but it is not enough.”

On Dele Alli: “I don’t want to comment on single players. There is the club to make the best decision. There is a sporting director and chairman and they take the last decision.”