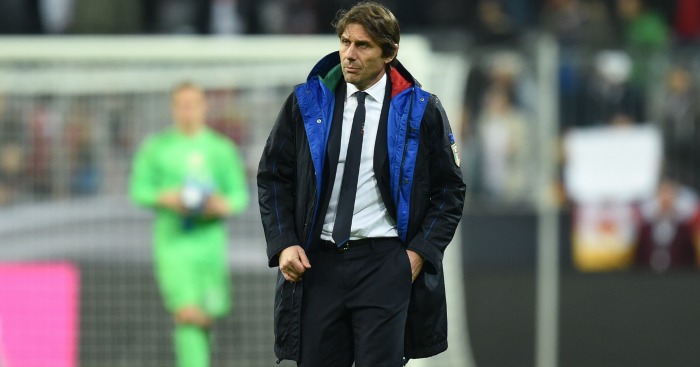 Guus Hiddink believes Antonio Conte will be able to attract world-class players to Chelsea even without the allure of Champions League football.

The 46-year-old Conte was this week confirmed as Jose Mourinho’s permanent successor and will take charge once Italy’s European Championship campaign has concluded this summer.

Chelsea won the Premier League last season, but are 10th entering this weekend’s fixture at Swansea, their hopes of Champions League qualification over.

Yet Hiddink maintains Conte’s arrival as head coach can ensure the Blues keep their best talent and attract key signings needed to restore Chelsea to the level of title contenders.

“The CV of a manager can also attract players,” Hiddink said.

“He’s showing he wants to come here, knowing Chelsea will not play Champions League next year. Coming in is showing that commitment, that might attract players.”

Conte is likely to have a major say over whether John Terry will stay at Stamford Bridge next season.

The 35-year-old is out of contract this summer and revealed in January he would be leaving the Blues, who maintain the offer of a new one-year deal could be forthcoming.

Should Terry move on, then Conte will have to fill the void defensively and in leadership without an established ‘old guard’.

“That’s an extra complication,” added Hiddink, who is in his second caretaker spell at Chelsea.

“When I came here, going back in history, in 2009 there was also this transition, but at that time the team was firm regarding the personalities.

“Now it’s a bit different, and it’s not easy. But they’re well aware and full of brightness and energy to get it restored.”

Hiddink spoke to Conte, who won the Serie A title three times with Juventus, on Tuesday when the Italian visited Chelsea’s Surrey training base to meet the players.

“I had a short meeting with him about general things,” added Hiddink, who is happy to continue to help Chelsea on an informal basis.

“It’s always a big job, regardless (of) the circumstances Chelsea has been in this year. He is equipped and he is able and he’s used to the pressure at big clubs to win titles.

“If needed I’m available for the club. This is a club which I love very much.”

Hiddink refused to speculate on what Conte’s appointment means for the future of players linked with moves away from Stamford Bridge, such as Diego Costa, Eden Hazard and Thibaut Courtois.

“It’s not good for me to go too much looking into the future,” Hiddink added.

“If I have something to say – and I like to express my thoughts and feelings – I will do it directly.”

It could be argued that Chelsea’s season unravelled from the opening day during a 2-2 draw with Swansea at Stamford Bridge, the repercussions of which are ongoing.

Former first-team doctor Eva Carneiro continues to pursue a claim for constructive dismissal against the club and a separate personal legal action against Mourinho following events during the August 8 fixture.

Hiddink has restored stability since replacing the sacked Mourinho in December and has backed the Blues to thrive under Conte.

“Next season they will – and have to – recover that lost terrain,” Hiddink added.

The Blues are unbeaten in the Premier League since Mourinho’s sacking, winning seven of 15 games.

With seven games to go, Hiddink’s focus is on integrating young players into his squad, rather than seeking an unbeaten finish to the season.

“I prefer bringing in some young players with the risk of defeat,” Hiddink added.

They will get their chance again this week, with Terry (Achilles), Hazard (hip/groin), Costa (suspended), Loic Remy (calf) and Nemanja Matic (bruised leg) all out.