Home All The News Conte discusses futures of Ivanovic and Begovic 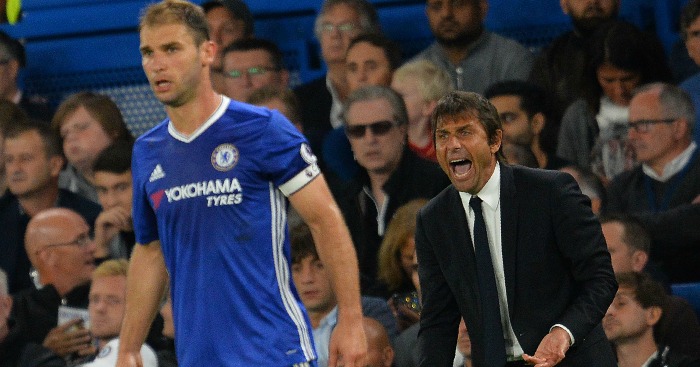 Antonio Conte has given no assurances over the Chelsea future of Branislav Ivanovic as Tuesday’s transfer deadline approaches.

The Serbia defender, 33 next month, has made more than 350 appearances since signing from Lokomotiv Moscow in January 2008, winning every major club honour.

“I don’t know if anything happens about him,” Conte said.

“There are four days (remaining of the transfer window) and, in this month, there is a lot of speculation.”

Ivanovic has slipped down the pecking order at Stamford Bridge since Conte switched to a 3-4-3 formation during the loss at Arsenal in September.

That was Ivanovic’s most recent Premier League start and Chelsea subsequently enjoyed a 13-match winning run, with Victor Moses preferred as right wing-back and Cesar Azpilicueta on the right of a three-man central defence.

Ivanovic, who has been linked with Zenit St Petersburg and Everton, was not in the matchday squad for last weekend’s win over Hull.

He is in the squad for Saturday’s FA Cup clash with Brentford, but appears unlikely to start, even though Conte plans to rotate his options.

“When I switched to three at the back, something changed and, for sure, I have to make decisions,” Conte added.

“I think that, until now, he’s always involved in our squad.”

Ivanovic is not the only senior figure whose future is uncertain.

Conte says Asmir Begovic will only be allowed to leave Chelsea if a suitable replacement can be found.

The Blues are considering an offer from Bournemouth for the 29-year-old former Stoke goalkeeper, who is back-up to first choice Thibaut Courtois.

Conte says Begovic will start against Brentford, but declined to say whether Celtic’s Craig Gordon was under consideration as a replacement.

“Begovic is a Chelsea player. It’s important to understand this. I’m very happy to have him to stay in the squad.

“We are open to help him if there is the opportunity to replace him in the best way. If it’s not possible, Begovic stays with us.”