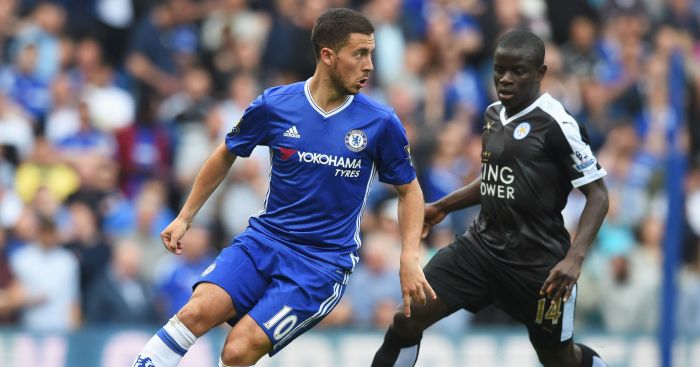 Chelsea manager Antonio Conte has explained why N’Golo Kante is the type of player the Blues need in order to return to the top of English and European football.

The Blues completed a £32million swoop for Kante from Leicester on Saturday, with the player becoming the second new arrival at Stamford Bridge under the Italian’s charge following the recent £33million outlay on Michy Batshuayi.

The Blues and Conte lost their opening pre-season friendly 2-0 against Rapid Vienna on Saturday but Conte believes the addition of Kante will help push the Blues in the right direction – and says he was a player he identified very early on once he took charge at Stamford Bridge.

Conte has backed Kante to become a key part of Chelsea’s midfield this season and said teams need hard-working players if they are to succeed.

“I want to say Kante was a target and for this reason I’m very happy the club bought the player,” he said. “He’s a good player. He has good technique, fantastic stamina and I like this type of player.

“If you want to win a team needs this type of player – Kante, [Nemanja] Matic and [John Obi] Mikel – that work hard for the team.

“We identified him, me and the club together, and I think Kante can give a lot to Chelsea, to enforce a zone which is very important if we want to play with two central midfielders. He showed last season he’s able to play with another midfielder. I think with this player we’ve reinforced the squad.”