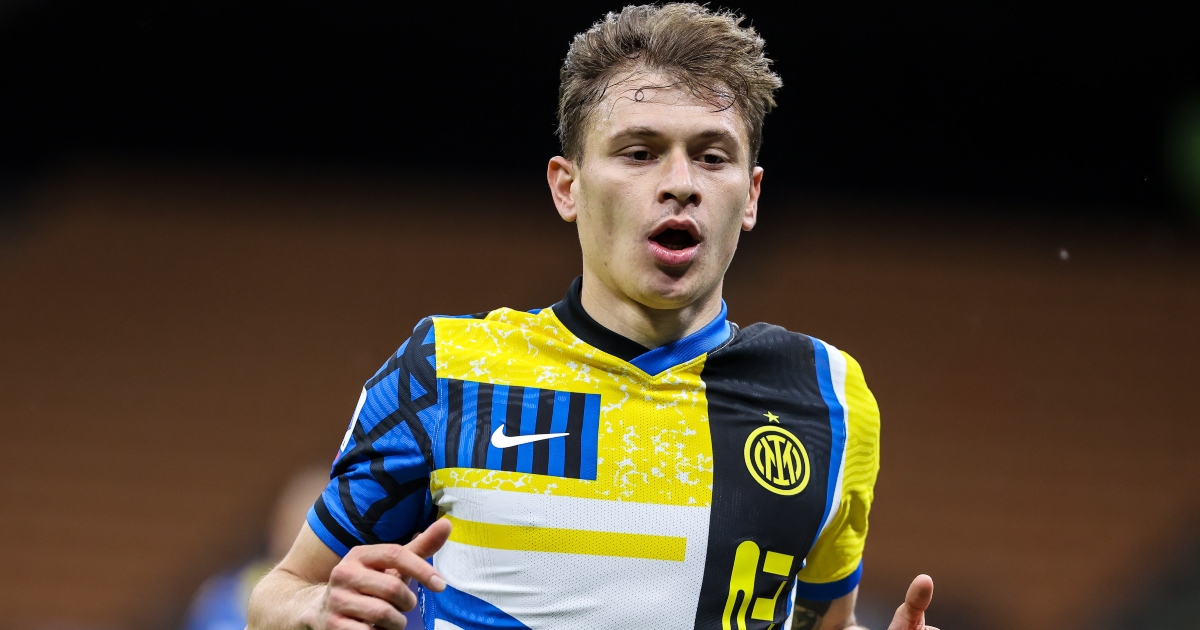 Antonio Conte is set to become the new Tottenham manager but a report claims he will struggle to bring one of his most valued Inter Milan players to north London.

Conte will reportedly sign an 18-month deal with Spurs and is expected to take training on Tuesday ahead of the club’s Europa League Conference clash against Vitesse Arnhem on Thursday.

Rumours are flying as to which players Conte will look to sign in January and beyond and FcInterNews (via Sport Witness) claim he is ‘thinking about Inter star Nicolo Barella’.

MAILBOX: Antonio Conte is a great coach, but is he compatible with Spurs?

Conte signed Barella from Cagliari while in charge of Inter, is a big admirer of the midfielder’s qualities and would covet his impact at Tottenham.

But while the 24-year-old is interested in a move to the Premier League, it’s claimed he is ‘only tempted by Manchester United’.

Inter are trying to tie Barella down to a new long-term deal and were said to be concerned last week as Conte was named a potential candidate to replace Ole Gunnar Solskjaer at Old Trafford.

The Italian reportedly wanted Barella as his ‘first target’ at United, but any hope the Italy international had of joining ‘vanished’ after the 3-0 win over Spurs secured Solskjaer’s job for a while longer at least.

Despite Conte’s excellent managerial record, Jamie Carragher claims he will “need more than 18 months” to turn Spurs around.