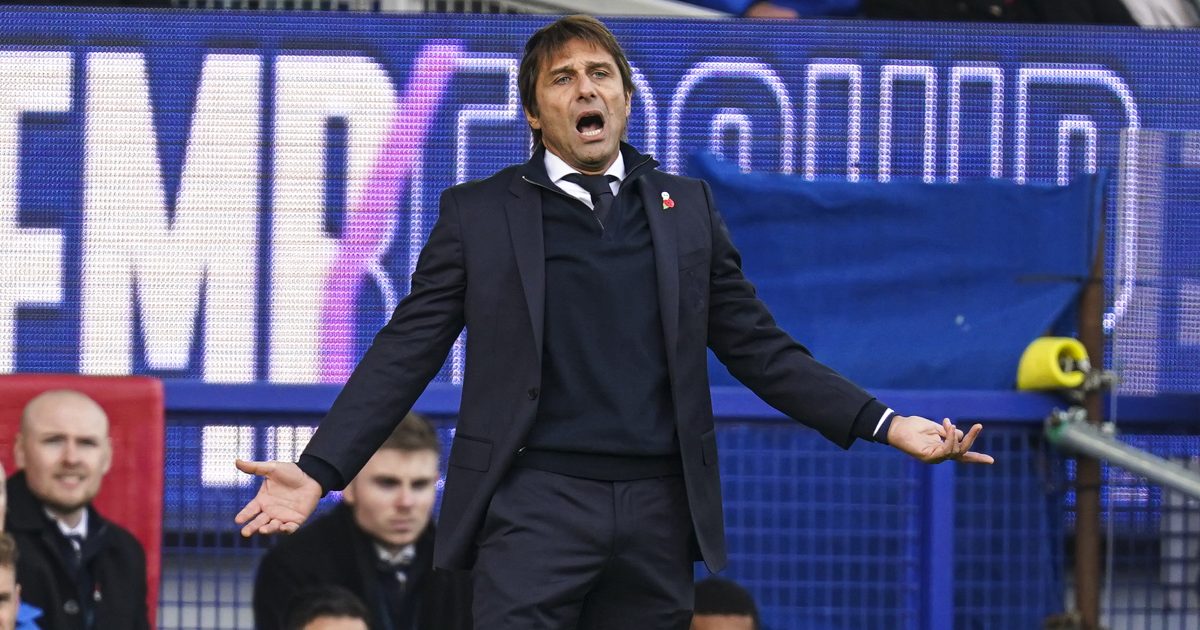 Antonio Conte suggested that he was “happy” to take a point away from Goodison Park after his Tottenham side drew 0-0 versus Everton on Sunday.

Everton were the better side over the course of the 90 minutes. But Giovani Lo Celso came closest to scoring as he struck the crossbar late on.

Tottenham failed to register a shot on target but Conte was pleased with what he saw against Rafael Benitez’s side.

“Honestly, I have to be happy for different reasons,” Conte said.

“The first is that Goodison Park is not an easy place to come to play, especially after an intensive week emotionally for my players after they played the game on Thursday.

“I have to be happy because I started to see some tactical situations. For sure we can improve and we have a lot of space for improvement tactically, physically but also mentality.

“Today I saw the heart of my players, the passion, the will to fight, the will to sacrifice, to understand this was a very difficult moment for us and to see this makes me more confident for the future.”

Things could have been different had referee Chris Kavanagh not overturned his second-half decision to award a penalty for a Hugo Lloris foul on Richarlison, having viewed the pitchside monitor.

Conte and opposite number Rafael Benitez were at odds over whether that was the correct course of action.

“My view is very simple – if VAR calls you and you go and watch you see then it is difficult to make a mistake,” said Conte.

“I have seen and Lloris has touched the ball before. To make a mistake after watching VAR is impossible and I am sure in this situation he took the right decision for him.”

“In the middle of the pitch it is a foul so in the box it has to be foul.”

VAR also intervened in the 90th-minute sending off of Mason Holgate eight minutes after he had come on, but Benitez had no argument with that.

“He cleared the ball and after he had the studs high, so it could be a red card and I couldn’t complain about that,” added the Spaniard, who was happy to see his side end a three-match losing run.

“I said so many times the commitment is there. We can make mistakes, concede goals and miss chances, but in terms of the commitment we have seen the team, especially at home, have that.

“We lost two games because we made mistakes – from the first minute today until the last minute every player was giving everything and the fans were behind them.

“The connection between fans and players was great and that was why we could keep the tempo high.”