Home All The News Conte incensed at Willian ‘dive’ decision 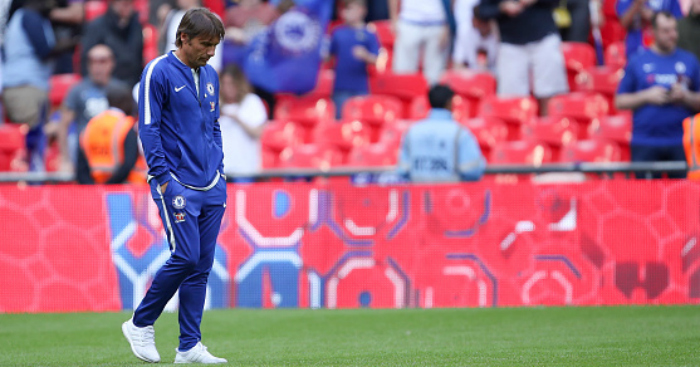 Antonio Conte was left disappointed by referee Bobby Madley’s decision to book Willian for simulation in the penalty area, as Chelsea lost the Community Shield to London rivals Arsenal.

Sead Kolasinac’s 82nd minute goal tied the game, after Victor Moses had given Chelsea the lead just after half-time.

Rather than extra time, the match would go straight to penalties, and it was Olivier Giroud who scored the winning penalty, after Thibaut Courtois and Alvaro Morata had missed for Chelsea.

Conte will have been left frustrated by Madley on another occasion, after he sent Pedro off on 80 minutes.

“I didn’t see the situation,” Conte mentioned in relation to the sending off. “For me for this reason it is very difficult for me to say something about this decision.

“This is the second game, after the FA Cup, that we finish with 10 men.”

The Chelsea manager was keen to focus on their Premier League opening match next weekend, rather than dwell on the loss.

“I heard there was clearly a penalty but I did not see. We are working, we are trying to do our best.

“We had a tough pre-season, between the six days until we start the league it is important to be focused on the next game.”