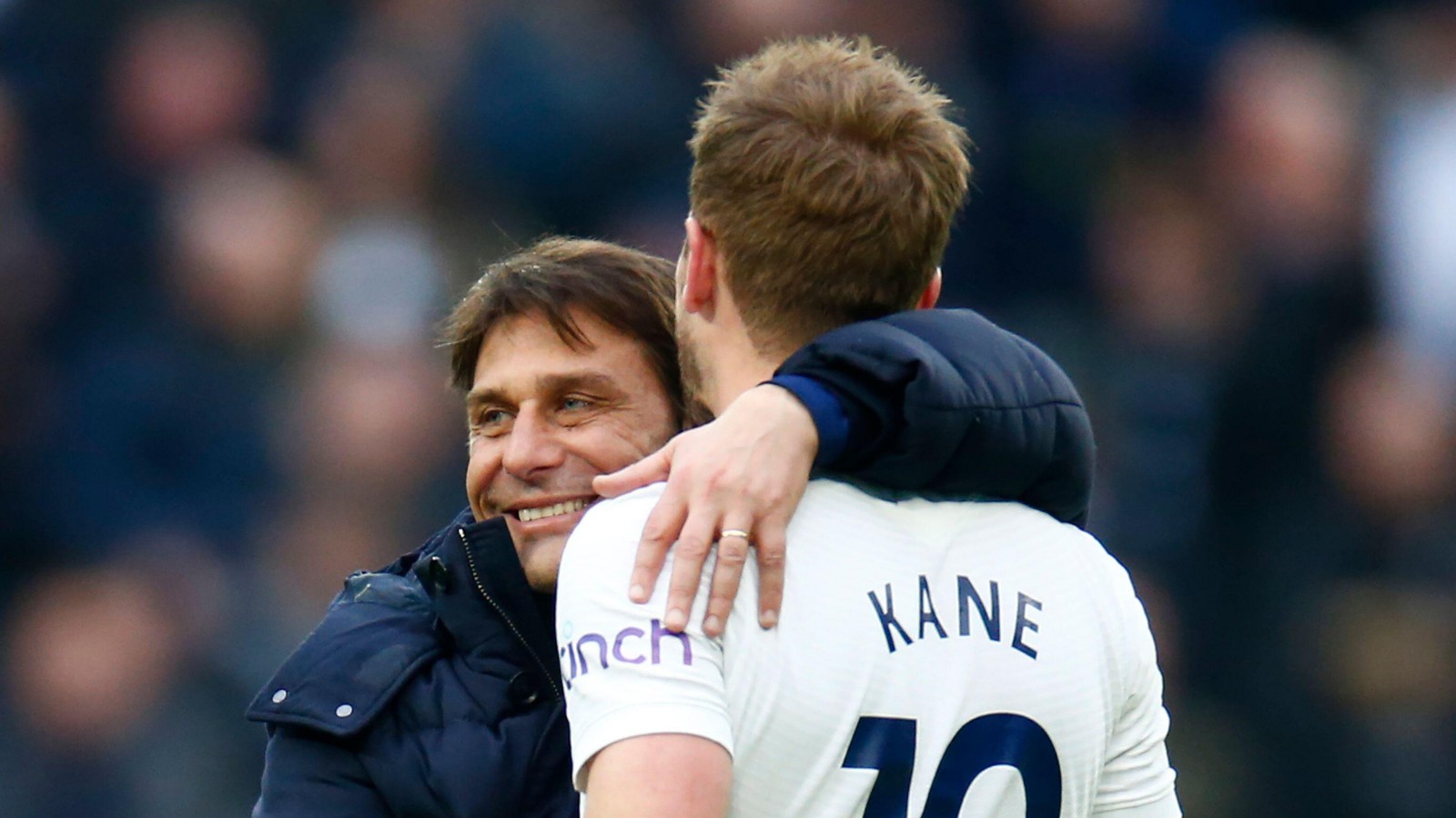 Antonio Conte has hit back at Bayern Munich manager Julian Nagelsmann over his love for Harry Kane.

Unlike last summer, Kane is settled in north London and not looking to leave his boyhood club.

The England forward was heavily pursued by Manchester City but Tottenham held firm over his valuation and after a slow start to the subsequent season, Kane scored 27 goals and assisted a further 10 to aid their successful Champions League qualification bid.

Manchester City soon moved their attention to Erling Haaland and thus the field of potential suitors for Kane was reduced to only a select few, including Bundesliga giants Bayern Munich.

The sale of Robert Lewandowski to Barcelona fuelled speculation that Kane could replace him – although the Bavarians brought Sadio Mane in from Liverpool – with many Bayern executives publicly discussing a possible move.

Nagelsmann was asked about the situation recently and ended his answer by stating: “We’ll see what happens in the future.”

“Honestly I didn’t hear this,” Conte said when asked about Nagelsmann’s comments.

Nothing beats that feeling of the ball hitting the back of the net. Really enjoyed Ibrox today, had a proper atmosphere. 🙌 pic.twitter.com/wQtIK1Yjeu

“For sure I’m a coach who doesn’t talk about players from other teams.

“At the same time, I don’t like to speak about players from another club. If I want to do something I go to speak to the club, not through the media.

“That’s all a dream of the future,” he added. “Now we have to look at getting the squad together for the current season. So let’s see what else happens.”

Kane has scored in all three of Tottenham’s pre-season friendlies so far, netting twice against an XI comprised of K League players and then Scottish side Rangers, while putting Spurs in front in an eventual draw with Sevilla.