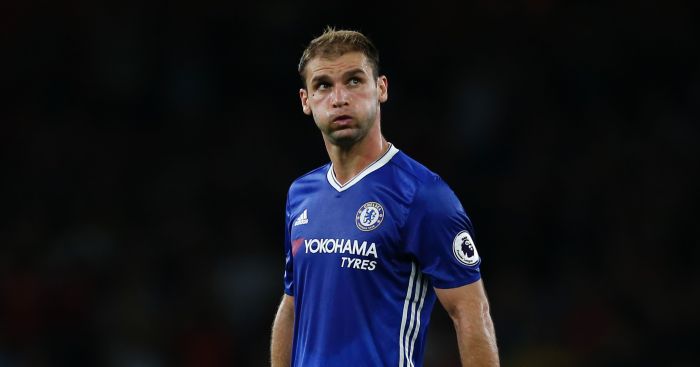 Antonio Conte has declared Branislav Ivanovic a Chelsea “legend” as the defender helped them to a comfortable 4-0 victory over Brentford on Saturday.

The result moved the Blues into the fifth round of the FA Cup thanks to goals from Willian, Pedro, Ivanovic and Michy Batshuayi.

“I am pleased and very happy for the commitment from my team,” Conte said after the win.

“It is important to see that all the players in the squad and involved in the project. It was important to go to the next round and to think about the next game at Liverpool – a tough game.”

On our way to the next round. So proud of my mates for the job done today. @ChelseaFC pic.twitter.com/kqJoXAWLYF

Ivanovic has slipped down the pecking order at Chelsea, while Asmir Begovic’s future also continues to attract headlines and Conte gave an update on their situations.

“It is difficult to make a decision but we must respect every decision for the players,” Conte added. “Ivanovic is a legend here. He has played a lot of games and won a lot. In this season he is not playing in the same way as the last few years. We must wait over these next three days and we will see.

“It is the same for Asmir. He is important for us. In his position we need to find the right substitution, otherwise he is happy to stay with us.”