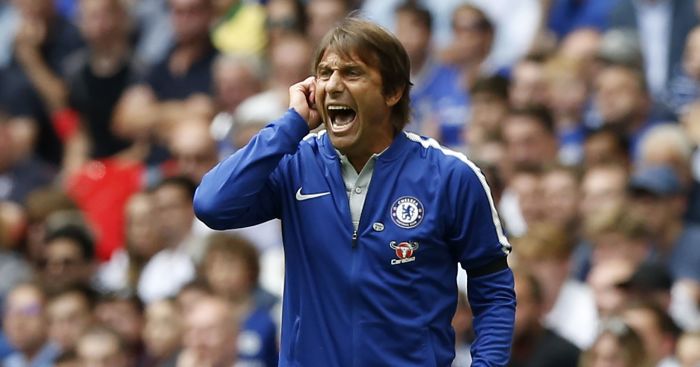 Antonio Conte is intending to leave Chelsea at the end of the season, according to the Sunday Times.

Conte was appointed manager of the Blues last summer, and crowned his first season in England with the Premier League trophy.

The Italian signed an improved – but not extended – contract after delivering the top flight to Stamford Bridge, and his current deal expires in summer 2019.

Duncan Castles of the Sunday Times reports that the manager is again considering his position at the club.

Castles writes that Conte’s ‘long-standing dissatisfaction’ at a number of factors, including a perceived lack of financial support from the boardroom, the ‘inaccessibility’ of chairman Roman Abramovich and ‘the promotion of academy players’, have made his future uncertain.

Conte had considered leaving in the summer despite winning the Premier League title, but was persuaded to stay by an offer of improved pay.

‘According to friends, only a severe financial penalty clause written into Conte’s original three-year contract dissuaded the former Juventus and Italy coach from walking out,’ Castles adds.

Chelsea now have the added option of turning to a former manager if Conte does indeed leave. Carlo Ancelotti, formerly of Bayern Munich, is named in the article by Castles as a potential replacement.