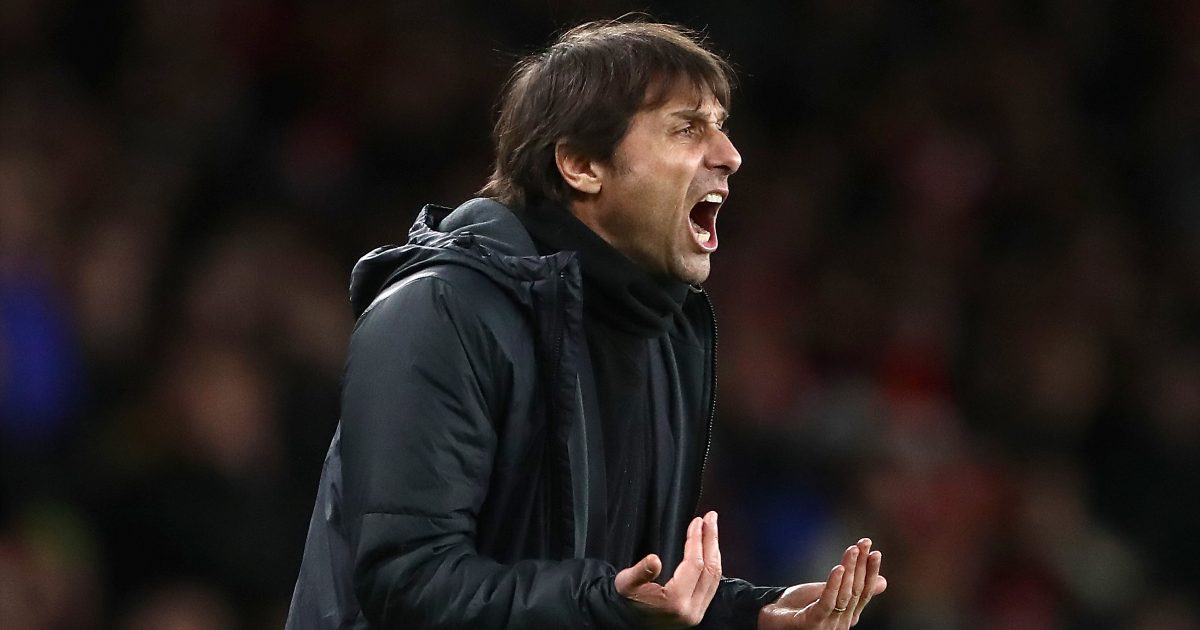 Antonio Conte reportedly told his friends he would ‘love’ to become Manchester United manager but ‘couldn’t wait’ for the job to become available.

The Italian is set to become the new manager of Tottenham following the dismissal of Nuno Espirito Santo on Monday, but was very keen on Ole Gunnar Solskjaer’s job.

The Athletic claim Conte ‘told friends in recent weeks he would love to become No.1 in the Old Trafford dugout’.

READ MORE: Might Manchester United have both won and lost El Sackico?

But despite reports to the contrary, as recently as two weeks ago, Conte ‘told associates there had been no contact from United’.

The United board believed the 52-year-old would be ‘too confrontational for the corporate structure of acquiescence that permeates the club’.

Instead of Old Trafford, Conte will set up camp at the Tottenham Hotspur Stadium, with the prospect of United going after Conte to replace Solskjaer ‘a factor in Tottenham chairman Daniel Levy acting now’.

Conte is said to have thought he ‘couldn’t wait’ for the United job to become available because of the ‘faith’ the bosses had in Solskjaer.

The former Chelsea boss is expected to take training at Spurs for the first time on Tuesday ahead of Thursday’s Europa League Confernce clash against Vitesse Arnhem.

Despite his superb record, Jamie Carragher believes it will take time for Conte to turn things around at Spurs.