Home All The News Conte: Man United’s tactics were ‘not football’ 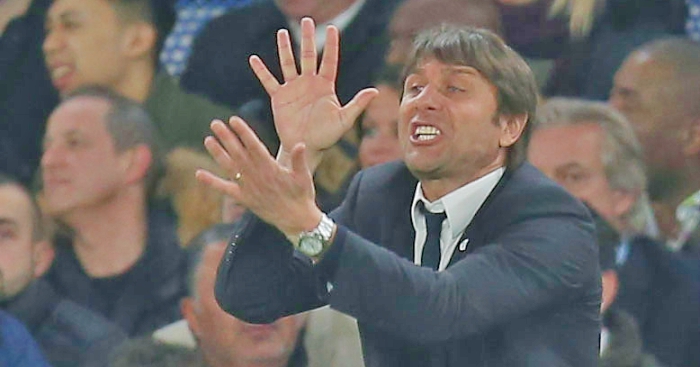 N’Golo Kante scored the only goal after Ander Herrera was sent off for two bookable offences for fouls on Hazard.

It seemed the Spain midfielder was carrying out an apparent edict from United boss Jose Mourinho to target the Belgium midfielder.

Conte called for Hazard to receive protection from officials. It is a call Mourinho has made previously, when he was Chelsea manager.

“For Hazard, (for) 20, 25 minutes it was impossible to play football, because he received only kicks,” Conte said.

“A tactic to play and go to kick an opponent? It’s not football for me.

“I don’t think that I’m crazy and I see only him in this situation.

“Sometimes when you play against players with great talent, you try to intimidate those players.

“The referee must protect these type of players. When they go out with a bad injury…

“It’s very dangerous to receive a kick from the back.”

Conte did not see the incident which saw United defender Marcos Rojo apparently tread on Hazard’s back as the Chelsea forward was falling to the turf. Rojo could face retrospective action from the Football Association.

Have you read 16 Conclusions yet?