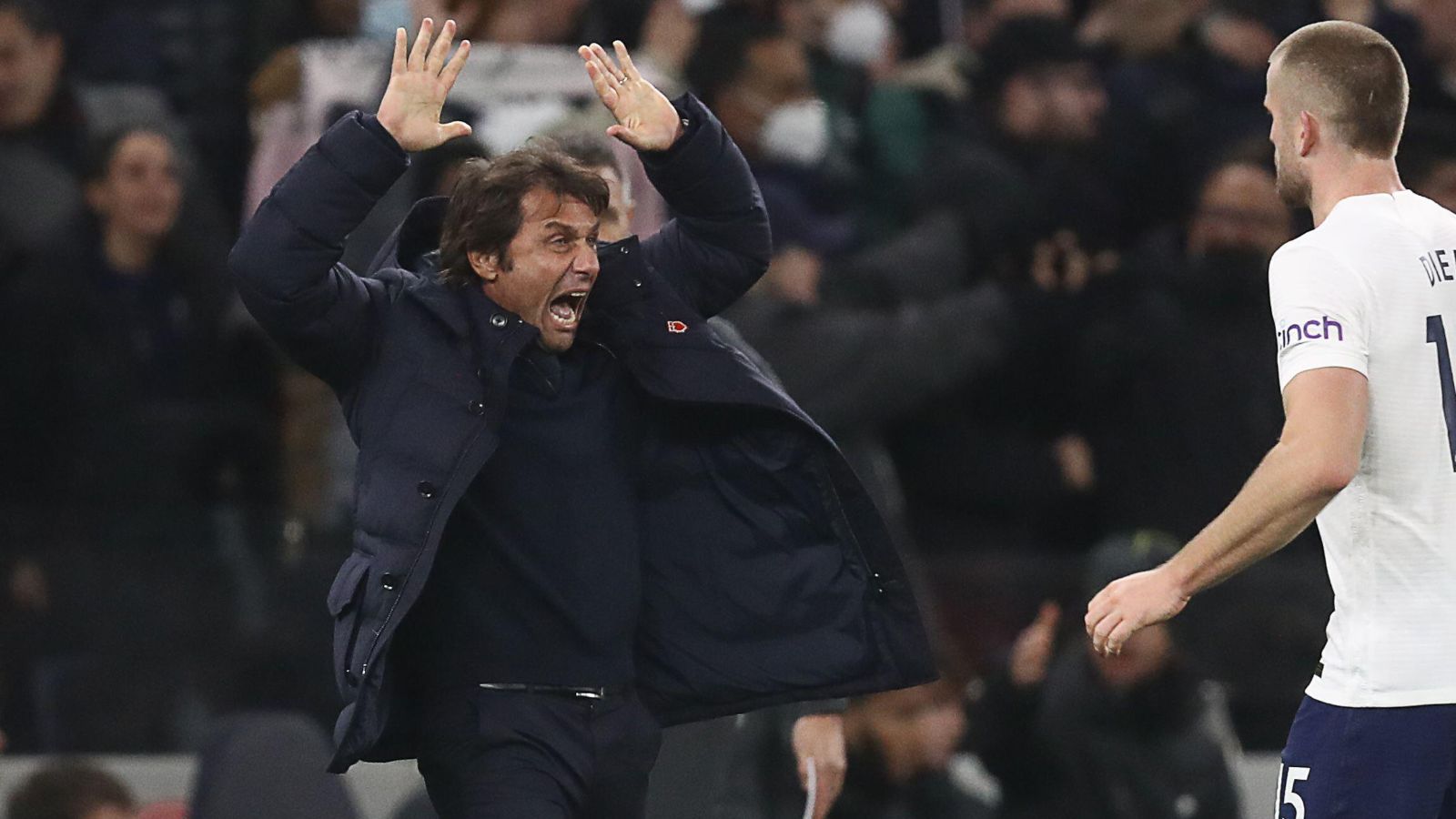 Antonio Conte has been mocked after he likened Tottenham Hotspur defender Eric Dier to Italy and Juventus legend Leonardo Bonucci.

Dier joined Tottenham Hotspur in 2014 from Portuguese side Sporting Lisbon.

The 28-year-old has played over 300 times for Spurs and over time he has transitioned into a centre-back from a defensive midfielder.

He has been capped 45 times for England but his decline in form led to him falling out of contention under Gareth Southgate.

Dier has performed brilliantly under Conte though and he has now returned to the England fold. He is in line to make his first international appearance since 2020 later this month.

Conte suggested earlier this week that Bonucci is a “really good example” of a player Dier can emulate:

“If you compare him with some of these important central defenders, don’t forget Eric started his career as a midfielder,” Conte said earlier this week.

“In modern football it means you can use him as a central defender but also as a number four. With the ball, Bonucci can be a really good example for him. But Bonucci did a lot in his career.

“Eric has just started this process, but for sure Leo is a really good example for him because we are talking about an important player.

“He won a lot with Juventus and the national team. I hope Eric can have this type of career. Since I arrived [at Tottenham] I found many players with not much confidence. There is only one way, to try to raise this confidence.

“Especially with the players where you understand there is this quality and the space to make these players work and get them to an important level.

“Eric is one of those players. But I repeat for him this has to be only the start. Otherwise, I will be very angry with him.”

TalkSPORT pundit Tony Cascarino has questioned Conte’s comments, as Bonucci is more “versatile” and Dier “didn’t pull up any trees” as a midfielder:

“He’s had a decent start to the season but comparing him to Bonucci is a bit of a long one for me at the moment, I’d hold back on that one,” Cascarino told talkSPORT.

“I wouldn’t have that he’s as versatile as Bonucci, maybe he was a failed midfielder more than a midfielder, he didn’t pull up any trees.

“I think he’s not bad, I’m still reserved in my opinion over the course of a season on Dier.

“It’s a bit like Tottenham themselves, you’re judging Tottenham on if they can be title contenders, they’ve got a lot of good players, they’ve been really good.

“He’s shone in September and August and I don’t know how good he will be over the course of a season.”