Home All The News Conte ‘not happy’ with Morata, warns players for diving 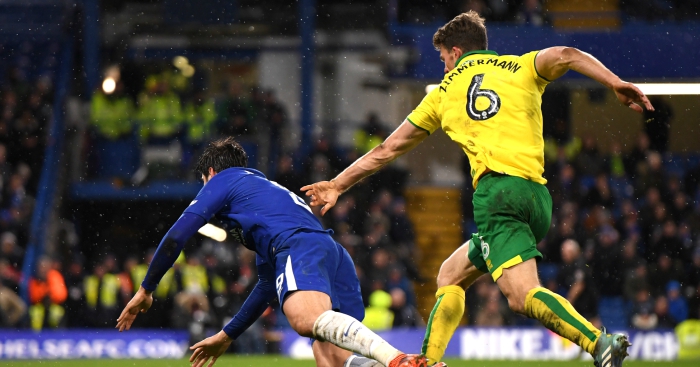 Antonio Conte has warned his Chelsea players against diving after three were booked for simulation against Norwich.

Chelsea had to rely on a penalty shoot-out to overcome Championship side Norwich after a 1-1 draw in extra-time.

The Blues were reduced to nine men before penalties settled the FA Cup fourth-round replay, with Pedro and Alvaro Morata both receiving their marching orders.

Both received yellow cards for diving, as did winger Willian.

Asked why his players dived, Conte said: “I don’t know, but I don’t want an advantage.

“About Pedro, if there is a dive, it’s right to take a yellow card. It’s the same for Morata. I don’t want an advantage, especially if you know this system [VAR] is being used.

“You can watch every situation with this technology. If someone gives a punch or an elbow, you must pay great attention. In this case, if it wasn’t a penalty, it was right to give a yellow card.”

When asked whether he was angry at either Pedro or Morata for their antics, Conte replied: “For sure, I’m not happy for the second yellow card for Morata.

“The first yellow card was for a doubtful situation – I didn’t watch Morata’s situation yet – but the second was for dissent.