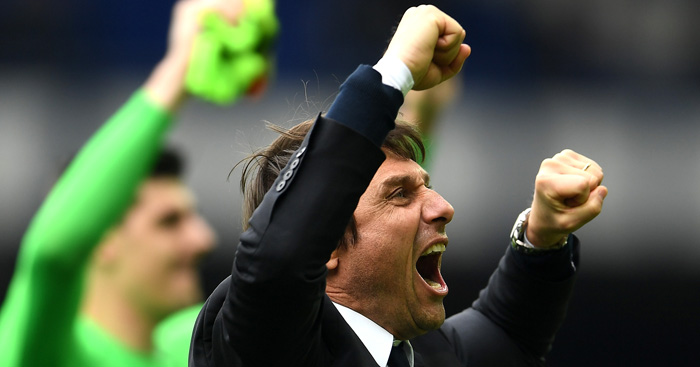 Antonio Conte has claimed he outdid Liverpool’s Jurgen Klopp and Manchester City’s Pep Guardiola during his time at Chelsea.

Conte joined Chelsea in 2016 following successful stints at Juventus and the Italian national side and won the Premier League in his first season.

Conte implemented a system using wing-backs after a 3-0 loss to Arsenal which sparked a magnificent run that ended in title glory.

He retains his love for wing-backs and has brought in Victor Moses and Ashley Young from Chelsea and Manchester United respectively to fill the roles.

Conte defended his time in the Premier League claiming that he succeeded where his Liverpool and Manchester City counter-parts could not.

“At Chelsea, I won the Premier League in the first year and the FA Cup in the second year,” he told Goal.

“Klopp hasn’t won anything yet in England after four years and Guardiola didn’t win anything in his first year.”

Conte’s dig at Klopp and Guardiola comes as he tries to lead another team to first-season league success.

Inter are second only to Serie A leaders Juventus, who are led by Conte’s successor at Chelsea Maurizio Sarri.

Conte will now be preparing for next weekend’s clash against bitter rivals AC Milan as he looks to keep the pressure on the Old Lady.