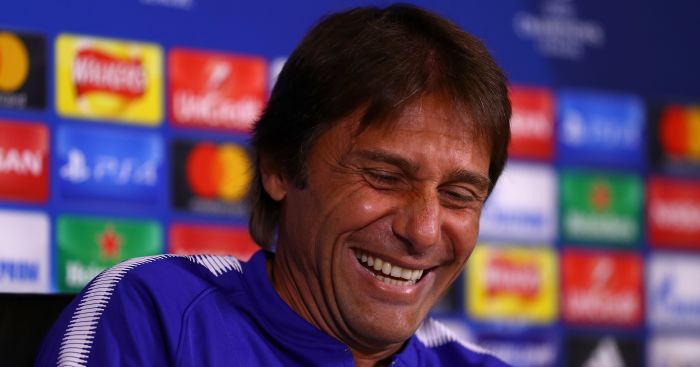 The Blues are believed to be keen to sign a target man in the January transfer window, with English pair Andy Carroll and Peter Crouch also having been linked to the west Londoners.

Conte was asked about the link to former Manchester City forward Dzeko at his Friday press conference at the club’s Cobham training ground and replied: “As you know very well, I think it’s not right to talk about players of other teams. I’m not interested in it. There is a transfer market in this period and if something happens you are the first to know the news.”

Asked directly about Crouch, Conte added: “My answer is the same.

“I’m not interested in this conversation, also because this is disrespectful for my players, for the other players, for the players of the other clubs. As I said before: in this period there is a transfer market, if something happens, you know. You are the first to know (the) news.”

Conte also confirmed that new signing Ross Barkley will be in the squad for Saturday’s lunchtime trip to Brighton.

“Ross is in a good physical condition,” the Italian said.

“Yesterday he played 70 minutes in a friendly game. For tomorrow he’s in the squad. He’s coming with us for the game against Brighton. I don’t know if during the game I will decide to give him the chance to play a part of the game or if I want to wait. For now he’s in the squad. He has to continue to improve, to work with us, with our ideas.”