Home All The News Conte reveals how Cahill, Morata coped with snubs 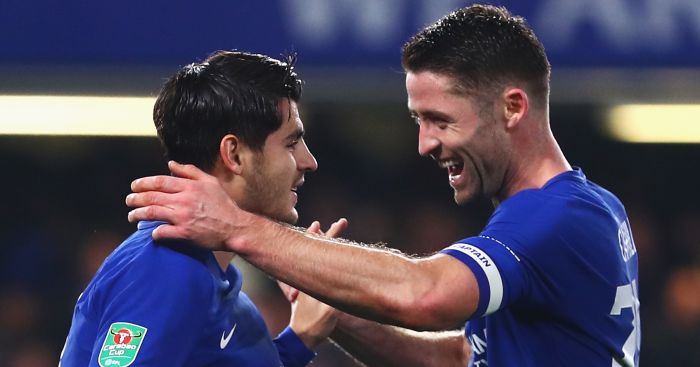 Gary Cahill and Alvaro Morata are ready to play in the World Cup, according to Chelsea boss Antonio Conte –  despite being snubbed by their respective national teams for their latest matches.

The arrival of Antonio Rudiger from Roma has seen Cahill’s time on the pitch decrease this season and that was reflected in him being dropped from Gareth Southgate’s latest squad.

Morata, meanwhile, has struggled for form recently and he was left out of Spain’s squad for their two friendlies against Germany and Argentina.

“We are talking about two great players and they have the possibility to play in the World Cup,” Conte said.

“For Morata and Cahill you have to respect the decision of the national team coach, but they are ready to play in the World Cup.

On whether Chelsea’s hopes of making the top four in the Premier League were impossible, he added: Nothing is impossible. With this run I put in Liverpool and we have to try to win every game, not to make mistakes and not drop points.”

Conte knows the importance of the match but wouldn’t go as far to say it was a must-win clash against Tottenham on Sunday.