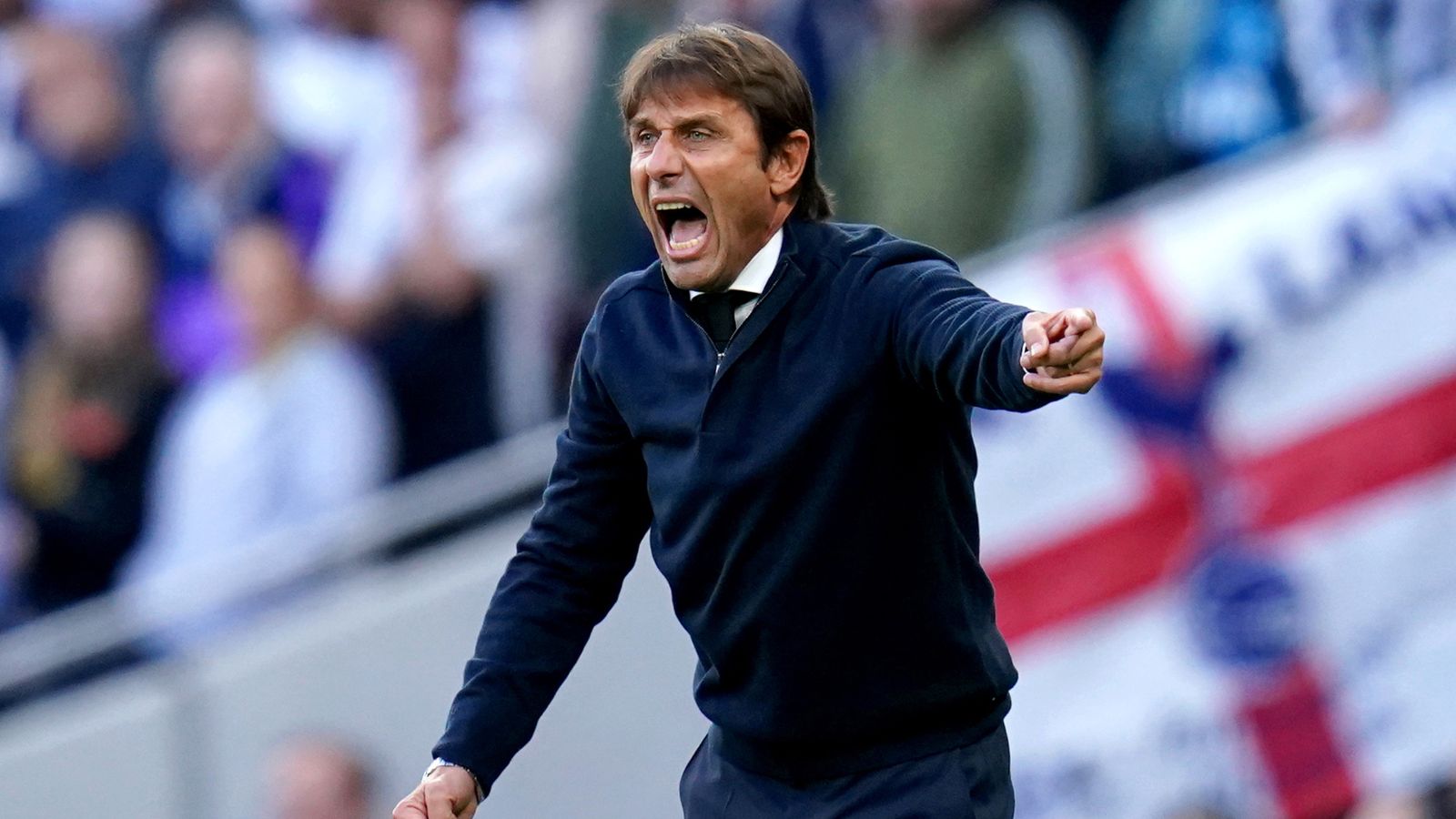 Antonio Conte extolled the virtues of rotation and promised more of the same for his Tottenham squad after they thrashed Leicester.

Tottenham recovered from a goal down to beat bottom club Leicester 6-2, with Heung-min Son scoring a hat-trick from the bench.

The South Korean was dropped out of the starting line-up for an attack of Harry Kane, Richarlison and Dejan Kuluseveski, but issued a response of sorts with a half-hour treble to secure all three points.

Conte praised the character of Son and any player who can accept they will not play every game.

“I think that it is important to understand well that when you play a lot of games in a row, even when you’re not psychically tired, you can be mentally tired, and you’re not able to play every game,” he told BBC Sport.

“But I was a player and I know you want to play massive games – Champions League and Premier League are massive games – but they are starting to understand the rotation.

“To have a player of Son’s level on the bench means that in one moment I can change the game and also with the rotation at the back today and when Bissouma came on he gave us a lot of strength and energy and I think this is the right path for us.

“There are 12 games in a row after the international break and all the players will be involved.

“If the player is intelligent and a good player and person, it depends on this. Every decision that I am going to take is for the best of the team, always. They have to understand this.

“Sometimes to start on the bench and to come in is important because in the next game you might be in the starting XI but at the same time you are recharged of the mental and physical energy.

“I am really happy for Sonny today. You know what I think of the player. I said to him if you’re going to score three goals in 30 minutes ‘maybe we can repeat this experiment’, but I was joking.

“I’m lucky, I have a really good group of players, that are really good people. We have to start thinking in a different way if we are going to make the next step.

“When I decided to bring Bissouma in and play with three midfielders and move Sonny nearer to Kane to exploit the spaces it was really good because it gave us more balance and we exploited the ability of Kane and Son.”

Spurs went into this game after suffering a surprising 2-0 defeat in midweek at the hands of Sporting Lisbon in the Champions League group stages.

Tottenham bounced back in stunning fashion on Saturday evening, but they did fall behind inside the opening ten minutes. This came as Youri Tielemans scored from the penalty spot.

Hugo Lloris saved the midfielder’s initial attempt, but VAR ordered a retake as the goalkeeper was off his line. Tielemans made no mistake the second time around as his kick found the net.

Spurs responded well to going behind as Harry Kane headed home an equaliser two minutes later. Eric Dier later scored a header of his own to make it 2-1.

Leicester went into the break level though as James Maddison found the net with a smart finish from inside the penalty area.

Tottenham went ahead again shortly after the interval. The hosts capitalised on some sloppy play from Leicester as Rodrigo Bentancur scored his first goal for the London club.

Son has been out of form this season and he started this game on the bench. He was brought on with half an hour to go and he took the game away from Leicester.

His first goal came via a spectacular right-footed strike from the edge of the area in the 73rd minute.

Ten minutes later, he got his second as his curling effort from outside the penalty area nestled in the net past ‘keeper Danny Ward.

Son was not done there as he completed his hat-trick inside the final ten minutes.

This emphatic victory lifts Spurs up to second in the Premier League. They remain unbeaten with five wins and two draws.