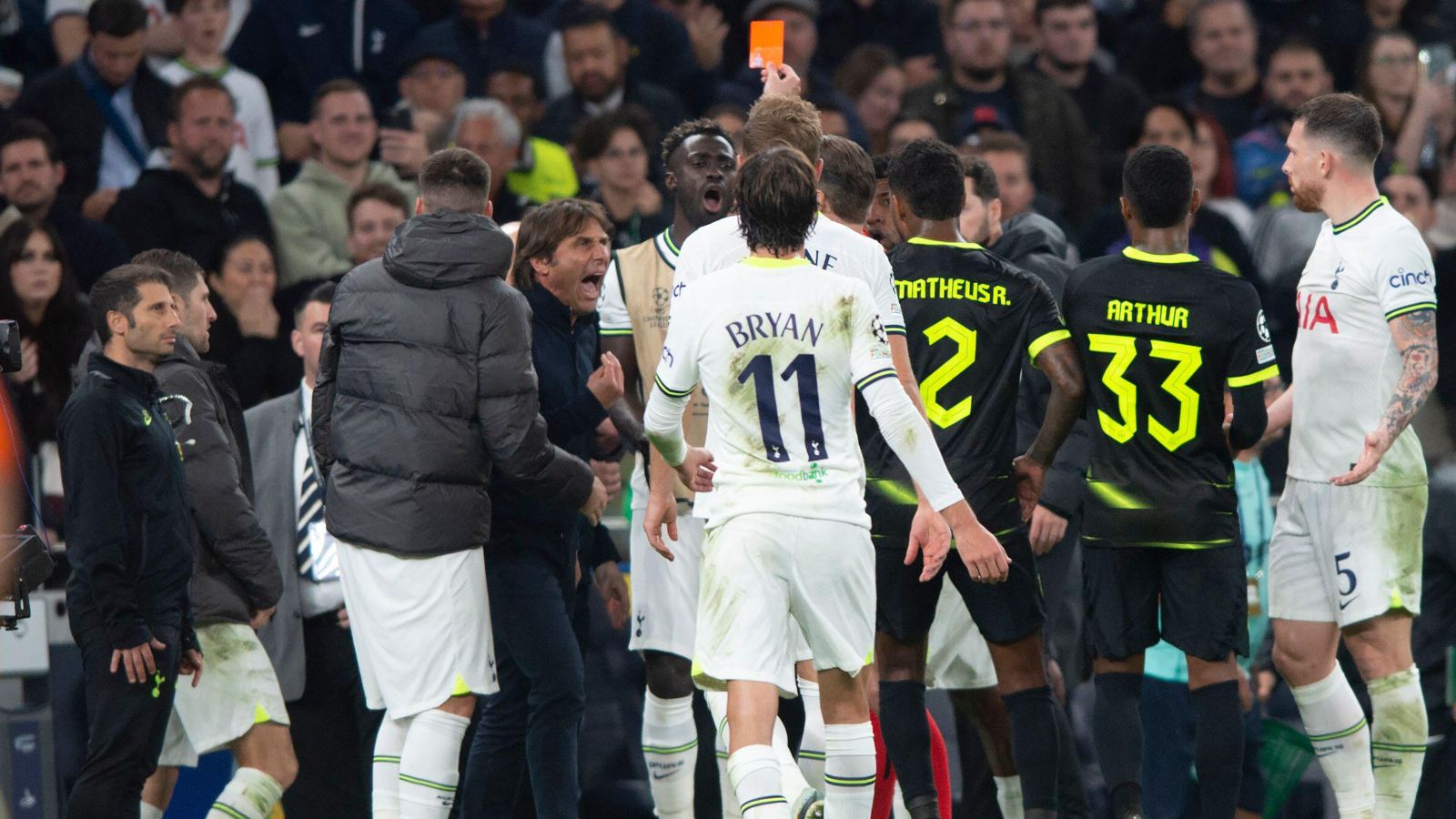 Antonio Conte was fuming at VAR after Spurs had a last-gasp winner in their Champions League clash with Sporting Lisbon disallowed for offside.

But VAR was asked to review the goal and adjudged Kane to be in an offside position, which saw the match finish as a 1-1 draw, and Conte sent off for his protestations.

Speaking to BT Sport, Conte said: “I think the ball was in front of Kane and the goal is a goal. I don’t understand the line they put. It is very difficult to comment on this decision.

“VAR is doing a lot of damage. I want to see if in another stadium of a big team if they are ready to disallow this type of goal. I’d like to know this.

“A lot of injustice. I don’t like this type of situation. I see not positive things.

“The second half was positive and we played with a great intensity. We deserved to win but we know what happened.

“I don’t understand why we have to get something from the next game when we can finish the qualification in this game. When you invent this type of situation, you create a lot of damage of the club. Also problems.”

“I hope the club understands this and then in the right situation they also speak with the people they have to speak because otherwise it is only the manager to speak.

“I think the club has to be strong because I repeat this situation creates big, big damage. Now we don’t know what happen next week. If we go out, then I want to see.”

Chris Sutton, who was doing co-commentary for BBC Radio Five Live, said after the match that the disallowed Spurs goal looked “onside” to him.

Sutton said: “It was absolute bedlam in the stadium when the goal went in. Conte got involved with the celebrations, he was running down the touchline. The place went wild.

“I get the unhappiness on the decision because the more I look at it, the more it looks onside. But Spurs were so passive in the first half and so way off it. Had they started the game like they played in the second half, this would have been so one-sided.

“In the second half they were incredible. But that’s a big moment because they’ve got to go to Marseille which is a really hostile place and get a result. They are under pressure.

“There are a couple of things Conte will be unhappy about, mostly the VAR decision but Spurs were woeful in the first half.”

READ MORE: Spurs and Conte have found a great leveller in the Champions League after ludicrous game