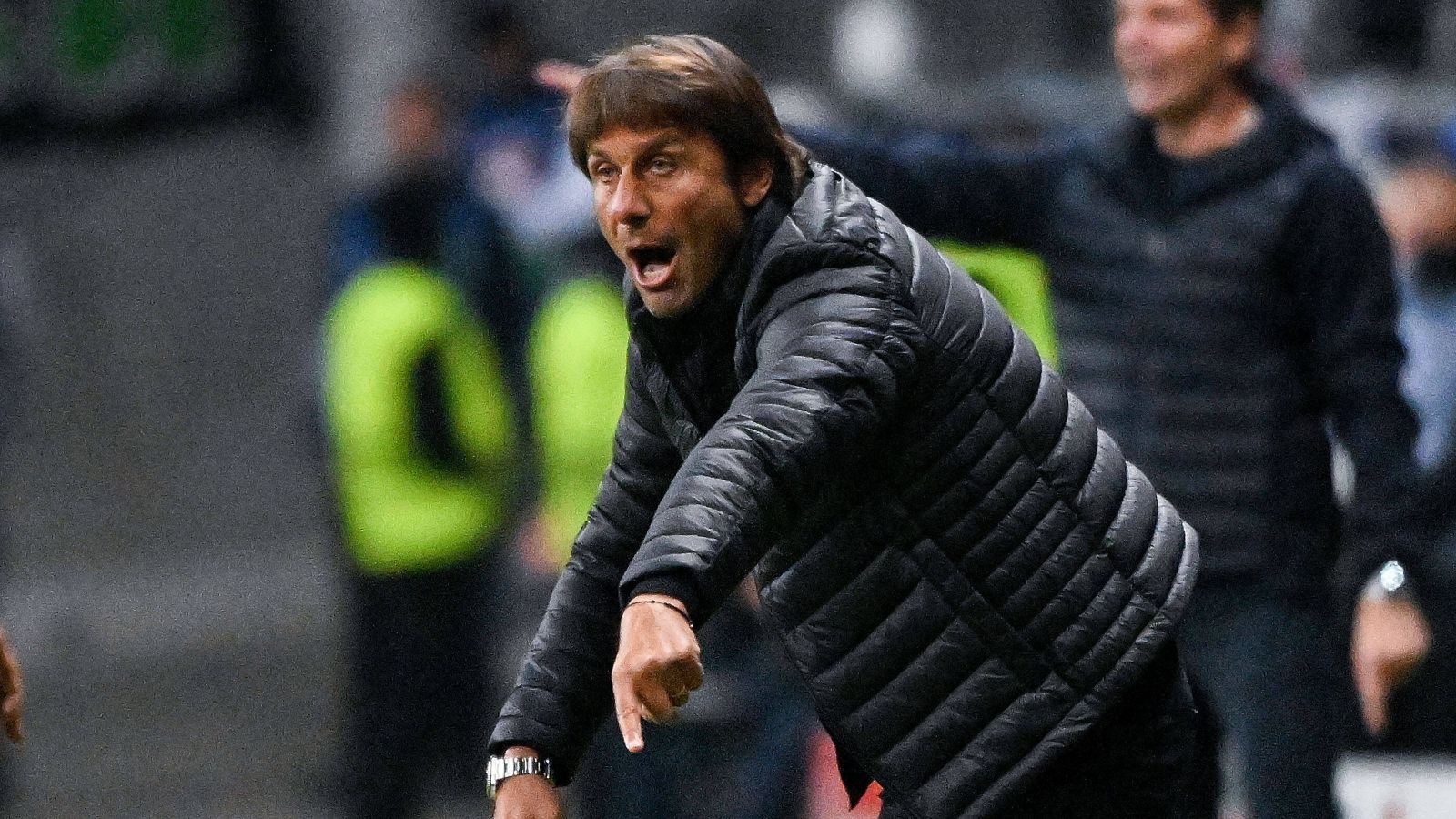 Antonio Conte was happy with how Tottenham Hotspur performed against Eintracht Frankfurt but he wants his side to be “more clinical”.

Spurs have had a mixed start in the group stages. Richarlison’s brace earned them a 2-0 in their opener against Marseille.

But they then suffered a disappointing 2-0 loss on the road against Sporting Lisbon before the international break.

Tottenham were dealt a fresh blow over the weekend as they were deservedly beaten 3-1 by their local rivals Arsenal at the Emirates.

Conte would have wanted a response from his side on Tuesday night as they faced Bundesliga outfit Eintracht Frankfurt.

They did perform better than they did against Arsenal, but they were made to settle for a point. The usually clinical Harry Kane and Son Heung-Son did not make the most of their chances in the goalless stalemate.

Conte said after the draw that his team “created many chances to score”:

“The match was a good match. We played a match with great intensity, we didn’t allow them to play their football or press a lot in every area of the pitch,” Conte told BT Sport.

“At the same time, we have to be more clinical. We created many chances to score. At the end, we are talking about a draw. It is a good draw because it is not easy to play away with the atmosphere. We played a good game but if you don’t score you don’t win.

“It is important to create chances, the game was good for us and we played with a great personality. We will see in one week, we have another game against them.”

Pierre-Emile Hojbjerg added post-match that he is not entirely happy with the draw as they “didn’t use” their opportunities:

“Not 100% happy. I thought we prepared until the box well. We found the spaces well, we tried to get in behind or between them and we did that well but the opportunities we had we didn’t use them to get a clear chance. Disappointing, it is easy to say, but the last bite needed a bit.

“I thought we took the game well, we tried to be dominant. We tried to find the spaces and tried to overcome the first pressure.

“If you cannot win, you don’t lose the game. The team presented themselves very maturely. From that side I thought it was good. We are here and we are competing, we want to win every game we play but today we couldn’t do it.”

READ MORE: The top 20 biggest transfers in Europe in the 2022 summer transfer window