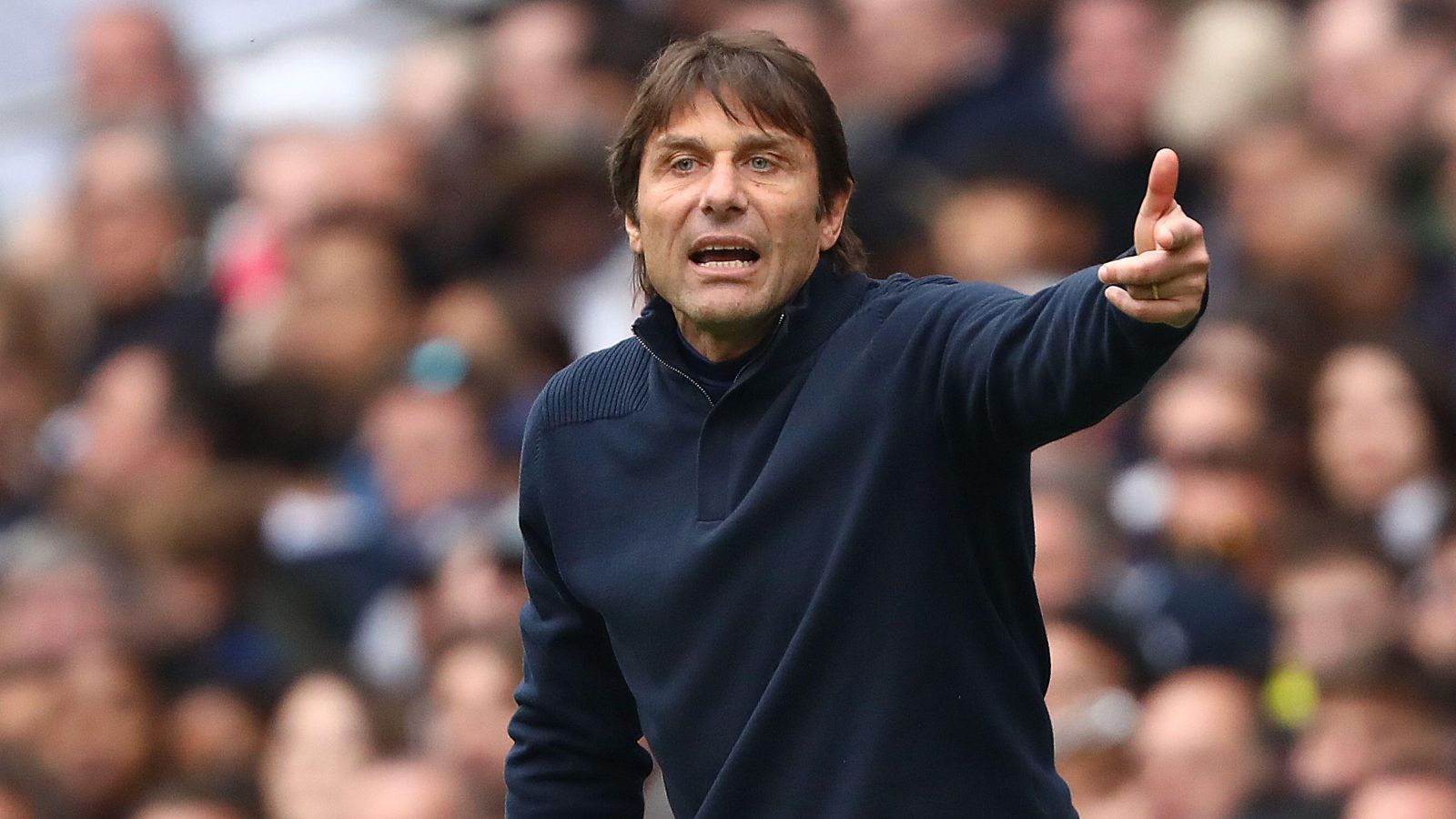 Antonio Conte put the the boot into Manchester United as he claims Tottenham have done “something incredible” this season to be challenging for the top four.

The Spurs boss believes there hasn’t been a Big Six in the Premier League since his time at Chelsea, instead claiming the north London derby on Thursday is being contested between two teams playing catch-up to a Big Four.

The Italian boss reckons Manchester City, Chelsea, Liverpool and United are the “monsters” of the top flight owing to their spending power, and the only reason Arsenal and Spurs are fighting for a Champions League place is due to United’s horror of a season.

Conte explained: “The situation in England is very clear. You have monsters. And you have Tottenham and Arsenal. United is strange because they finished second last season and in the transfer market added Cristiano Ronaldo, Varane and Sancho. And they are fighting for sixth place. Maybe it means Arsenal and Tottenham did something incredible to overcome United. But only this.

“For sure, you can speak about the best four. At the start the race for the Champions League seems close, four teams – Manchester City, Liverpool, United and Chelsea. Then it happens during the season that someone can be in trouble and you have to be ready. It happened this season.

“We are trying with Arsenal to find a position in the Champions League. In England, it’s like winning a title in another country. It is a big achievement. Don’t forget that four or five years ago when I was at Chelsea, Tottenham was in the top four and the team was really, really strong. I remember very well we won the title and in second place was Tottenham. If you compare Tottenham three, four or five years ago to this moment they have dropped the level.”

Spurs must avoid defeat against Arsenal at the Tottenham Hotspur Stadium to stand any chance of finishing in the top four this season.

But Conte insists to compete for the top prizes he will need time and money to improve the squad.

Conte said: “The problem now is City, Liverpool and Chelsea had time to work with the same coach to improve with big investment. For this reason now there is a gap. An important gap. If you work very hard and continue a process to improve the situation you can hope one day to fight for something important.”