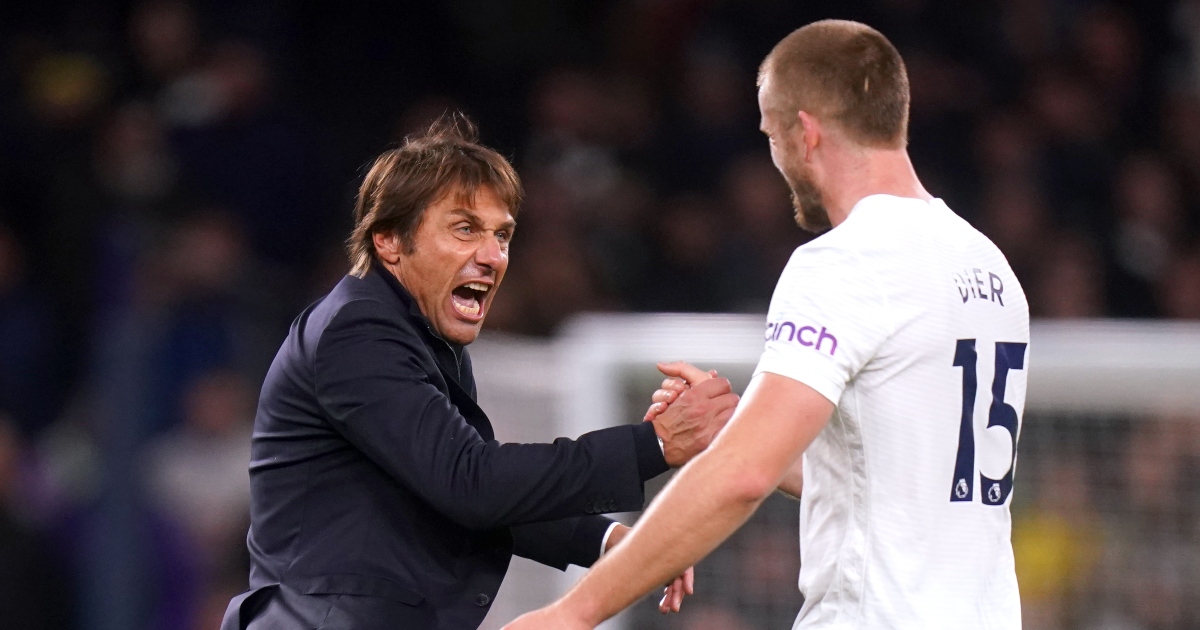 Tottenham boss Antonio Conte has revealed defender Eric Dier will not be available to face Wolves, stating it is a ‘big loss’.

The defender has missed the last two games with a recurrence of a thigh problem that he sustained before the winter break and Conte has said he will not be ready to face Wolves on Sunday.

His absence was particularly felt in Wednesday’s 3-2 loss to Southampton, where Spurs lacked the defensive cohesion and organisation that Dier brings.

Conte does however expect the England international to be fit for next week’s trip to Manchester City.

“No, unfortunately he’s not fit. For sure, he’s a big loss for us,” Conte said. “He needs a bit more time to recover. I hope to have him available for the next game, away at City.

“But for this game, he’s not available.”

With Dier injured Conte says he has no choice but to continue with Cristian Romero for a third game in a week following his own lengthy injury absence.

Son Heung-min will also be involved for a third time in quick succession after his hamstring problem.

🎙 “We are working to try and improve in every aspect”

“Yeah, but we need them. Yeah I know very well that to play three games in seven or eight days could be, not a risk, but yes taking a bit of risk,” Conte said.

“But we need them, they’re important players for us. Especially behind, at the back, Dier in this moment is out so Romero has to play.

“And also Sonny, we need up front to have him because he’s also an important player. I think I’m not telling you anything stupid, about the importance of these players for us. Yeah, they’re going to play.”

Conte said that new signings Rodrigo Bentancur and Dejan Kulusevski were in contention to start, having come off the bench in the last two games.

“For sure this could be a possibility,” the Italian said. “They are available and we have another day of training sessions to make the right decision. But for sure, they’re available and working with the team.

“I prefer to wait until tomorrow, the last training session and then make the best decision over the starting XI on Sunday.”