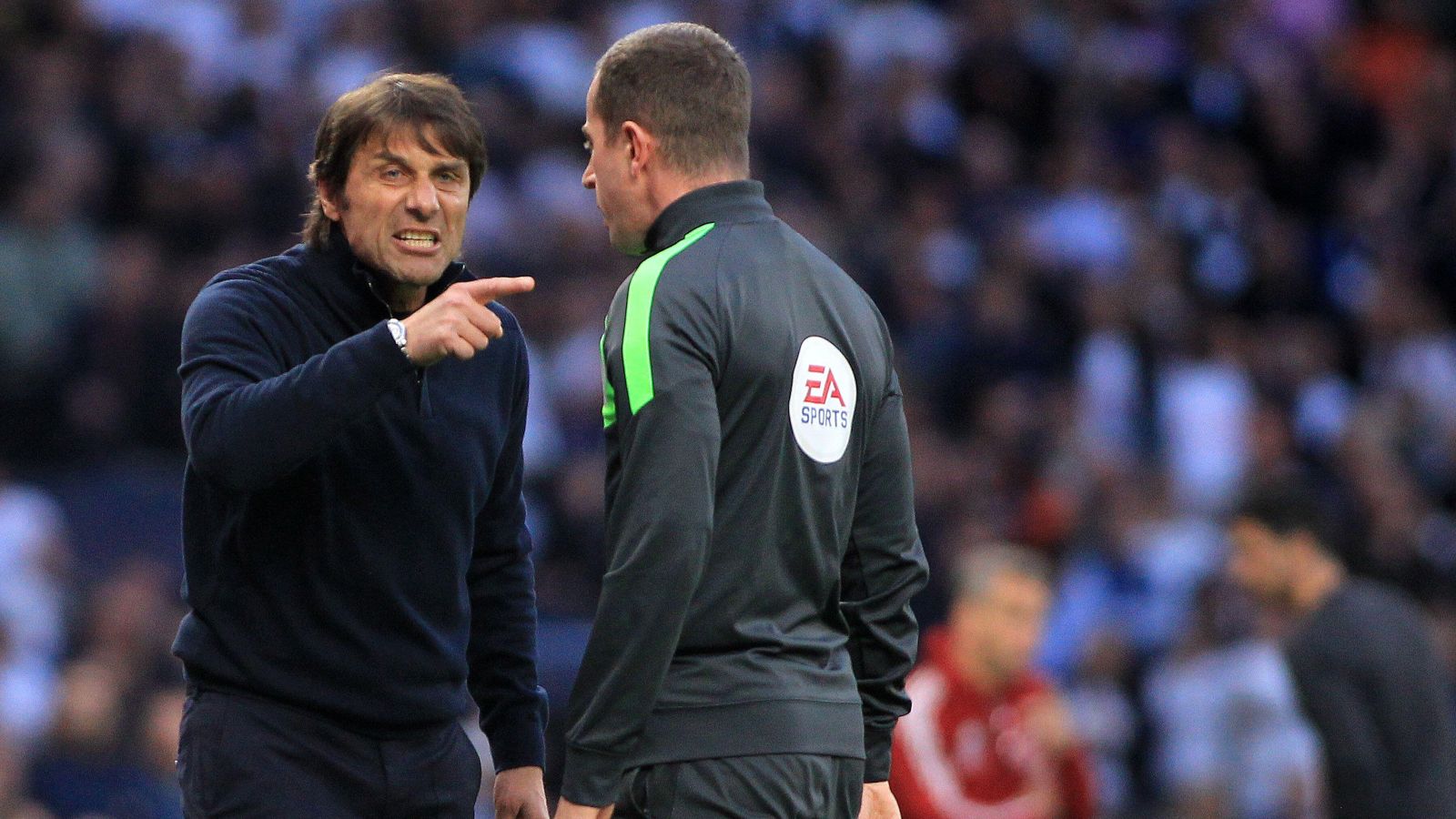 Antonio Conte has told Mikel Arteta to stop complaining and focus on his team after the Arsenal manager appeared to blame the referee for a heavy north London derby defeat at Tottenham.

The visitors knew victory at the home of their rivals would seal a return to Champions League football but they capitulated and slipped to a 3-0 defeat, as well as having Rob Holding sent off, to leave Spurs just a point behind.

Harry Kane opened the scoring from the penalty spot with Cedric Soares deemed to have shoved Son Heung-min, who added the third after Kane had doubled the lead before the break.

Holding’s red card was sandwiched between Kane’s goals as the Arsenal defender came out second-best in a tussle with Son.

Speaking after the game, Arteta would not be drawn on his thoughts on referee Paul Tierney, saying: ”I cannot say what I think or I will be suspended.”

Mikel Arteta refuses to give his opinion on the game after Arsenal’s 3-0 defeat and asks the referee to speak to the cameras pic.twitter.com/5dlJm5XTiC

He would not add to his opinion but, when asked about Arteta’s take on the decisions from the officials, Conte did not hold back.

“He complains a lot,” the Italian said of Arteta.

“At Liverpool (on Saturday) do you hear me complain about Fabinho and all the fouls? No. He can take my advice if he wants, but if not I don’t care.

“I listen and he complains a lot. I think that he has to be more focussed on his team and not to complain because he has just started his work. He has to be calm and try to continue to work. To listen to a coach complain a lot of the time is not good.”

Both teams now have two games remaining as the fixture came at a crucial stage of the season, having been rescheduled after Arsenal successfully appealed to the Premier League.

Conte has been unhappy about the postponement and once again hit out at the call as he continued to criticise his north London rivals.

“He (Arteta) complained about the fixtures and that was after Arsenal had an unbelievable postponement with just one Covid case,” he added.

“Now we’re playing at 12pm on Sunday and they don’t play until Monday. We can’t always complain.”