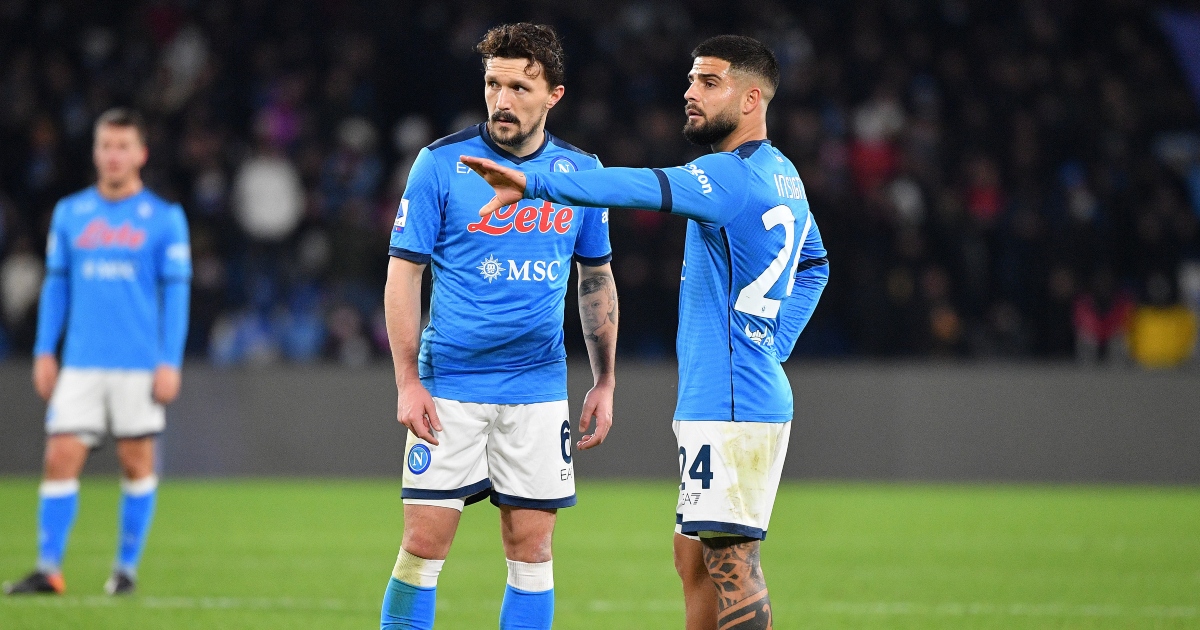 Tottenham will make a move for Napoli captain Lorenzo Insigne when the winter transfer window opens, according to reports.

The Italy winger is out of contract in the summer. Clubs will be able to negotiate a pre-contract agreement with the 30-year-old in January.

Insigne has made 18 appearances this season, scoring five goals and providing six assists for Gli Azzurri.

Salah gets ‘another slap in the face’ as Klopp proved right

Napoli started the season extremely well, winning their first eight Serie A encounters, going unbeaten for 12 matches in total before a loss away to Inter Milan in November.

Insigne has been linked with numerous teams as he approaches the end of his contract, including Man Utd, Inter, Lazio and Chelsea.

And according to La Repubblica (via Football Italia), Tottenham head coach Antonio Conte is eager to bring his compatriot to north London.

🚨 NEW: Tottenham are expected to make a move for Napoli’s Lorenzo Insigne in the January transfer window. [La Repubblica] pic.twitter.com/YnJ9v0SwMR

Spurs will reportedly look to move for the 30-year-old in January in a ‘low-cost transfer’ with his Napoli contract approaching its conclusion.

Conte was Insigne’s boss for the Italian national team between 2014 and 2016, with the winger only playing six games under the 52-year-old due to a knee ligament injury.

Spurs had to call off the Group G tie with the French side last week after a Covid-19 outbreak at the club and UEFA rules stated that the game had to be rescheduled by December 31.

The London club identified Thursday as a possible date and asked the Premier League to reschedule the game at the King Power Stadium, the PA news agency understands.

Conte said: “For sure, the Premier League didn’t want to postpone the game against Leicester, maybe because we have to play against Burnley and Brighton.

“We postponed two games before. I can understand, we can understand. On the other hand, I think we deserve to play our chance against Rennes to go to the next group.

“We don’t find a good solution between UEFA and the Premier League, why Tottenham has to pay for this?”