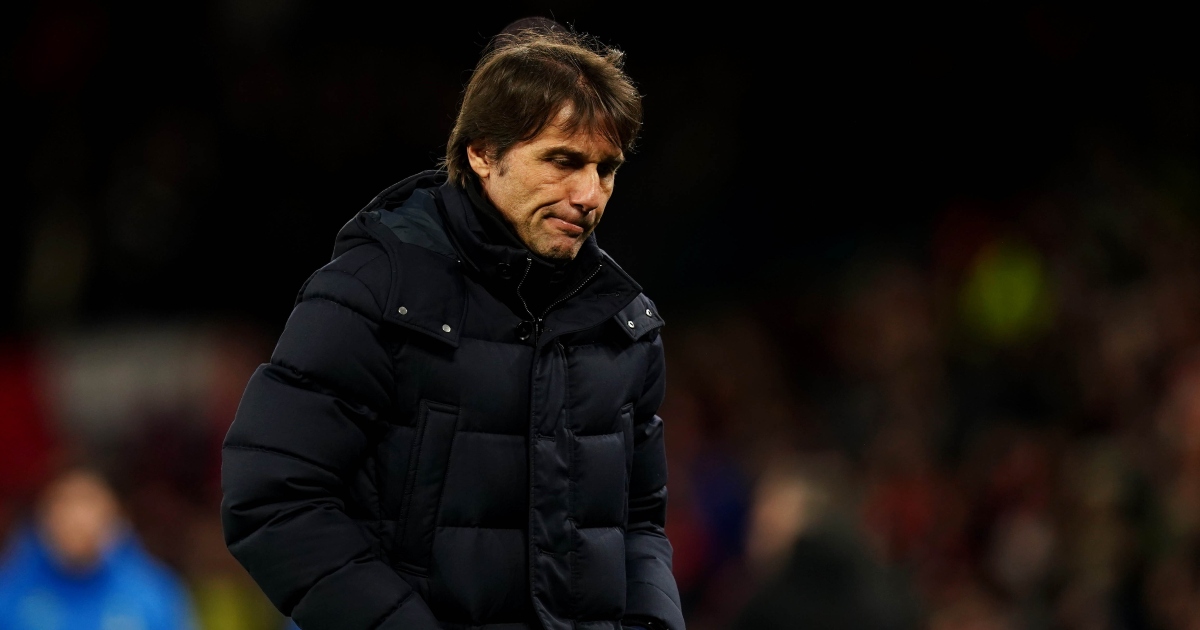 Tottenham manager Antonio Conte has admitted his side were beaten by the brilliance of Cristiano Ronaldo rather than Manchester United.

Ronaldo opened the scoring with a rocket from distance but Spurs pegged them back when Harry Kane fired home from the penalty spot,

Spurs equalised again in the second-half when Harry Maguire turned the ball into his own goal but Ronaldo was on hand the save the day and grab his hat-trick when he nodded home late on.

Speaking to Sky Sports after the game, Conte said: “It’s difficult to explain this loss. I think we didn’t deserve to lose, but at the same time we need to understand how we can improve.

“We had a good game, but we have to show more experience to manage certain situations. There are many parts in a game and sometimes you need to understand when to push, to go strong, to increase the intensity or when to be calm and not hurry. In that aspect, we have a lot of space for improvement. On the pitch we’ve had a great improvement.

“You can’t buy experience. You also improve your experience after this type of game. We have many young players in the team and hopefully after this game, they have the possibility to learn.

“We were at 1-1, then after one or two minutes they scored the second goal. We’re conceding a lot from set pieces in this period. We know we need to improve if we want to reach the level we need to be competitive for the top places.”

On Ronaldo’s superb performance, the Italian admitted that without him, Spurs would probably have won.

“We’re talking about a player who not only tonight showed he is a top, top player. Cristiano Ronaldo and Lionel Messi are the two best players in the world in this era. When you play against this type of player, they’re decisive.

“Without Cristiano Ronaldo, for United it wouldn’t have been a good night.”