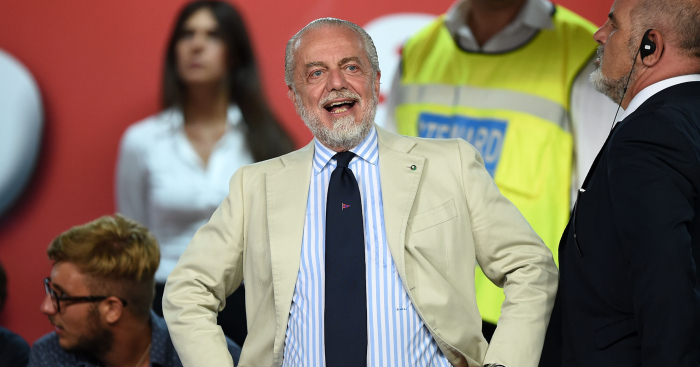 The Serie A runners-up were drawn in the same Champions League group as Paris Saint-Germain, Liverpool and Red Star Belgrade earlier this month – with De Laurentiis himself demanding an “explanation” from UEFA.

Napoli currently play at the Stadio San Paolo, but are mired in a dispute with the council over alleged unpaid rent, while De Laurentiis has insisted they should sell the ground to him.

The 69-year-old, who has been highly critical of a stadium he once branded a “toilet”, has suggested he could move the club’s Champions League home games to the Stadio San Nicola stadium, the home of Serie D side Bari, who he also owns.

“It’s a nightmare, a negative point, and it reduces our international standing to have such a stadium,” De Laurentiis told Corriere dello Sport.

“I say ‘enough’. I won’t create any more controversy and I’ll build my own stadium. It’ll take two years, no-one can say anything if you put in your own money and have the land to build a stadium.

“If these conditions are in place there could be a very fast acceleration.