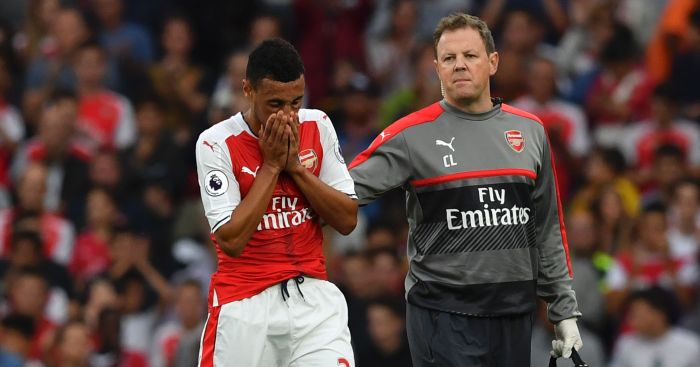 Arsenal have been handed a boost with the news that Francis Coquelin’s injury is not as serious as first feared.

Coquelin was taken off in the first half of the 3-0 victory over Chelsea on Saturday amid worries he had suffered a recurrence of the medial ligament injury the midfielder was struck by last season.

Reports earlier this week suggested the Frenchman could struggle to play again this calendar year, but scans have proven much more positive.

“Coquelin is out for tomorrow but the scan was good – he should be three weeks out,” Arsene Wenger said.