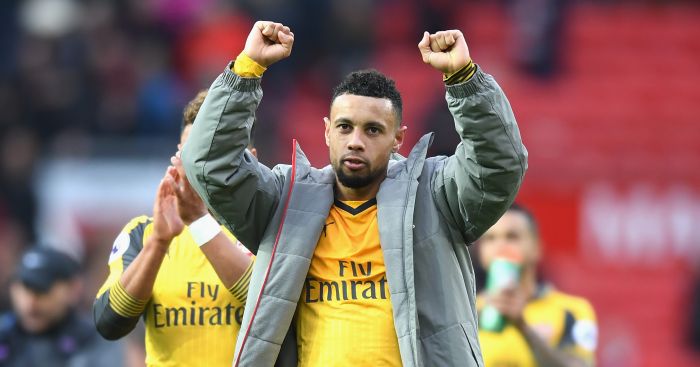 Francis Coquelin has insisted there is no need to leave Arsenal as they are already one of the biggest clubs in the world and he “owes them a lot”.

The Frenchman is determined to remain a Gunners player for as long as possible after making over 100 appearances for Arsene Wenger’s side.

Coquelin had loans spells at Lorient, Freiburg and Charlton Athletic before breaking into the first team at the Emirates.

When asked if he wanted to play for a bigger club than Arsenal, Coquelin told L’Equipe: “Even higher, even bigger? That doesn’t leave me with very many club.”

“I think I’m already at a very, very big club. And I’m a person who is loyal to my club, I came here very young, I owe them a lot.

“So from the moment things are done well, my inclination is to stay at Arsenal for as long as possible.

“But then there has to be that desire on both sides. But spending the rest of my career at Arsenal would make me very proud.”