Home Arsenal Coquelin: Wilshere will be a big miss 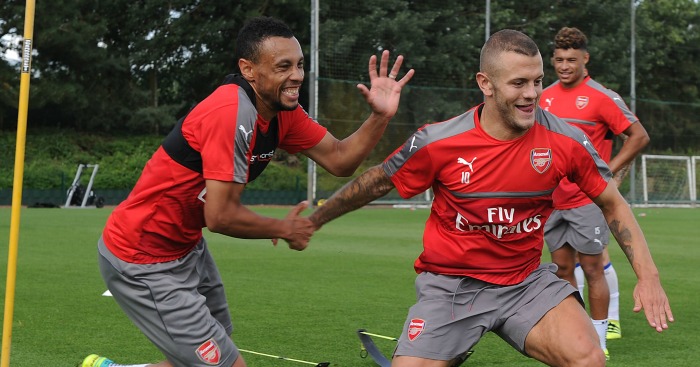 Francis Coquelin believes that Jack Wilshere will show the Premier League just what he can do this season.

Wilshere joined Bournemouth on a season-long loan, but is yet to start a league game for the club.

However, Coquelin believes that it is only a matter of time before Wilshere shows what he can do, and thinks the midfielder will return to Arsenal a stronger player.

“He will be a big miss because we talk a lot off the pitch as well. I’ve dropped him a few texts to wish him good luck at Bournemouth,” Coquelin told Arsenal Player.

“It’s going to be a great thing for him to be able to play a full season, staying injury-free.

“We all know his talent, it’s just a case of him staying injury-free. I know he had a strong pre-season so he will be alright. He’s going to show the whole Premier League what he can do so he can come back even stronger.

“He will be focusing on having a great season at Bournemouth. It was a tough decision for him because he had a few options, but if he’s decided to go to Bournemouth it’s because he’s 200 per cent committed.

“He’s really ready and hopefully for us it will be amazing if he can come back fresh, fit and, even better, with a full season behind him.”

Eddie Howe says Jack Wilshere is building up his fitness so is likely to start on the bench for Bournemouth against City this weekend.