Home Swansea City Cork: Players to blame as much as Bradley 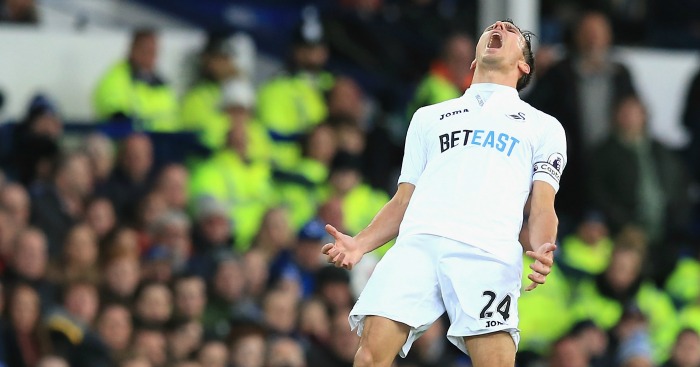 Swansea midfielder Jack Cork accepts the players must take their share of the blame as the club look to move on following the sacking of manager Bob Bradley.

Bradley’s 85-day tenure came to an end on Tuesday evening, with the Swans in 19th place following a seventh defeat in 11 games since the American was appointed.

Ryan Giggs and Wales boss Chris Coleman are among those in the frame to replace him, but Cork said responsibility does not lay solely with the manager.

Cork said on the club’s official website: “We are all disappointed because Bob is a good guy who worked very hard to turn things around here.

“He was the first on the training pitch and the last off it. He was determined to do everything he could in order to get us out of the relegation zone.

“Unfortunately our results have not been good enough, and the players take their share of the blame for that because Bob picked the team and then it’s our job to go on the pitch and pick up points.”

Giggs has emerged as one of the early favourites for the job. However, the former Manchester United assistant criticised the Swansea board after he was overlooked for the job in October in favour of Bradley after speaking to club chairman Huw Jenkins.

Wales manager Coleman, a native of Swansea who made nearly 200 appearances for the club between 1987 and 1991, has many admirers at the Liberty Stadium after guiding his country to the semi-finals of Euro 2016.

But the Football Association of Wales would resist any attempts to take their manager and Coleman, currently in the middle of the 2018 World Cup qualifying campaign, has said in the past that he will not walk out on his country.

The FAW rejected Hull’s advances for Coleman at the start of the season.

Coleman plans to step down as Wales manager after the World Cup campaign and has indicated that his next job will be abroad after previous spells in Spain and Greece.

Swansea are keen to make a swift appointment with the club four points from safety and the January transfer window set to open in a few days’ time.

First-team coaches Alan Curtis and Paul Williams are, though, set to take charge of team affairs for Saturday’s home game against Bournemouth.