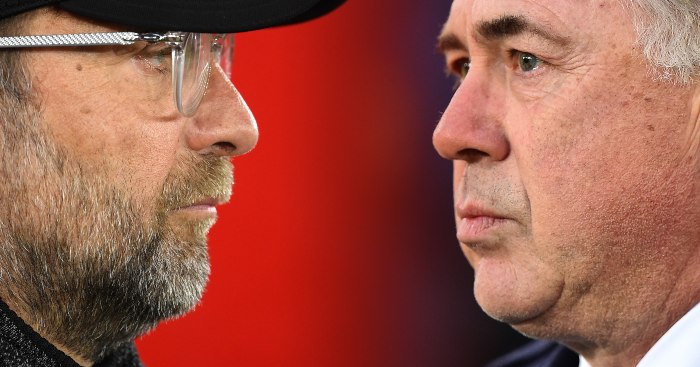 Carlo Ancelotti has revealed that Jurgen Klopp spoke to him about his concerns over Liverpool’s clash with Atletico Madrid in the Champions League.

Holders Liverpool were knocked out of the tournament by Atletico, a result that left Klopp bitter in defeat, but the world has since had to deal with a much more important issue – that of the coronavirus pandemic.

Games across Europe have since been suspended in an effort to slow the spread of the virus, with Spain and the UK both on lockdown.

Klopp has since admitted that the tension surrounding the virus at the time affected his preparation for the game.

And Ancelotti has now revealed the extent of Klopp’s anger that a continental game involving teams from the two nations could have been allowed to take place under the circumstances – especially with a full stadium of supporters.

He told Corriere Dello Sport: “I heard from Klopp the other day, he told me that going ahead with the game in those conditions was a criminal act, I think he was right.

“We are all living a life that we are not used to and that will change us profoundly. I’m sure we will all have to downsize, starting with football.

“Today, the priority is health, limiting the contagion. When you start again, when you finish, the dates… believe me, I don’t care. At the moment, that’s the last thing on my mind.

“I hear talk about cutting salaries, suspension of payments. They seem like inopportune solutions. Soon the economy will change, and that’s at all levels: The TV rights will be less, players and coaches will earn less, tickets will cost less because people will have less money.

“I repeat, what matters now is to fight the virus effectively. Then, of course, if it will be possible to continue the season… otherwise, amen.”