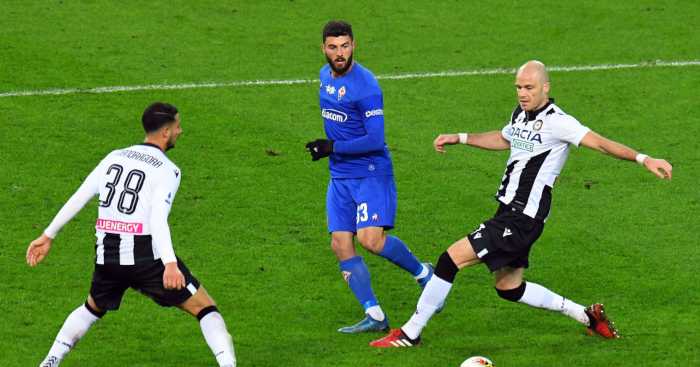 On-loan Wolves striker Patrick Cutrone is one of two more players at Fiorentina to test positive for coronavirus.

The Italian striker joined the Serie A club on an 18-month loan deal in January that will become permanent in the summer of 2021.

Italy is one of the worst-hit countries for the COVID-19 virus and was among the first to suspend its domestic football.

A statement said: “ACF Fiorentina announces that footballers Patrick Cutrone and German Pezzella and physiotherapist Stefano Dainelli also underwent tests, as they were showing some symptoms. All three resulted positive and are in good health at their homes in Florence.”

On Friday, Fiorentina confirmed that Serbian striker Dusan Vlahovic had also tested positive for the virus.

The Vanarama National League game between Yeovil and Barnet has been postponed after the London club said four staff members had shown signs of having coronavirus and that its entire first team were in self-isolation.

“We currently have four staff that are showing symptoms of COVID-19 who are following government advice and self-isolating,” said a Barnet statement.

“As a consequence, we have taken measures to put all first-team staff into self-isolation.

“The club has a duty of care to all players, staff and supporters – this is always at the forefront of every decision the club makes.”