Home F365 Says Why is English football just carrying on regardless? 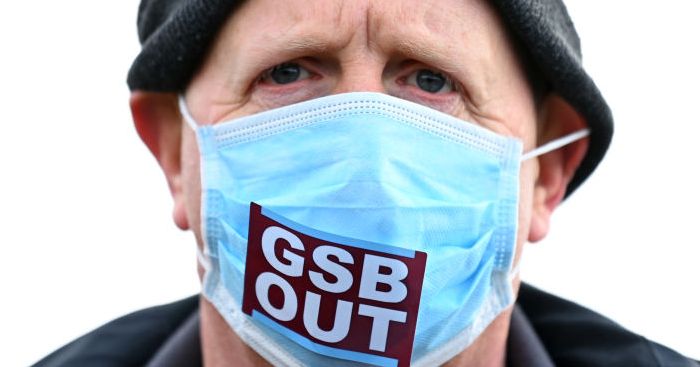 It’s the elephant coughing away in the corner of the room for absolutely anything and everything written about football at the moment, but let’s bring it right into the open. Is it actually just a bit mental that right now the plan in Britain is to largely carry on like we can’t see what’s happening in Italy, Spain or anywhere else?

Football is important – a controversial take to air on a site such as this, I grant you – but is it this important? Britain seems currently to be gripped in a weird madness where it is simultaneously too complacent about things that matter and far too panicked about things that don’t. The big events are continuing pretty much as normal, while at the same time a self-fulfilling bog roll shortage grips the land. Keep Calm and Carry On was a slogan designed primarily to sell soft furnishings, not successfully deal with a global pandemic.

While Spain, Italy, Germany and France all take action to limit or cancel mass gatherings altogether, here we march on. The postponement of Arsenal’s clash with Manchester City if anything throws the general inaction into an even harsher light. The postponement of that game highlights how quickly the ripple effect can spread ever wider if that first pebble is allowed to break the water.

City v Arsenal is off because Olympiacos’ owner Evangelos Marinakis has contracted the COVID-19 virus. His team played Arsenal 13 days ago, and he met with several players. He is also Nottingham Forest owner and was at their game as recently as Friday night. That brings Forest’s opponents that evening, Millwall, into the equation, as well as their next opponents Sheffield Wednesday. And Millwall’s next opponents and…

It escalates fast. Yet the official line is that there are no plans to take any further measures to prevent another Marinakis-style situation happening. Madder still is UEFA’s insistence that Wolves’ Europa League game against Olympiacos goes ahead on Thursday, albeit behind closed doors, with Wolves’ own statement on the subject a sharply pointed one.

At what point does just carrying on largely as normal even as Italy and Spain take ever more drastic steps become actively irresponsible? Do Spurs deserve credit for being ahead of the curve and proactively ceasing all football activity several weeks ago?

And it’s not just football, of course. The Cheltenham Festival is carrying on its merry way right now, a decision that could – even a week from now – look so absurd that absolutely nobody involved will admit to having ever supported it.

There are understandable reasons not to be seen to overreact, to avoid disruption as much as possible. The current toilet-roll panic was triggered at least in part by people being told not to panic. Just mentioning the idea that people might panic was enough to help create that panic.

And the theory that extreme measures are only sustainable for a short time and so should be avoided until absolutely necessary is also compelling. But as we watch the rest of Europe begin to act with ever greater decisiveness, it feels like we’re determinedly going too far the other way. And at the root of it all it really does seem plain bizarre to take any chances at all for something that is only the most important of all the things that don’t really matter. The Premier League is probably better placed to cope with strain on its resources than the NHS, and even if it wasn’t then It Doesn’t Really Matter.

If Italy – ITALY! – can see the bigger picture and knock football on the head, surely we can manage some perspective here too. Sure, we’ve got our famous Blitz spirit to fall back on, but while that will definitely see us through everyday fluff like complex international trade deal negotiations, it might not be quite as helpful with an infectious disease racing round the world at alarming speed.

Britain has in so many ways been lucky with what amounts to a two-week headstart on Italy. At the moment the country at large seems determined to spend those two weeks foraging for hand sanitiser and just sort of muddling through to the Easter holidays when everything can shut down without so much fuss. The Premier League appears to be doing much the same, except with the international break its target.

Maybe that’s right. Maybe that is the ideal compromise. But if something as ultimately piffling as football proves to have helped hasten the disease’s spread, it is going to be awful tough to justify.