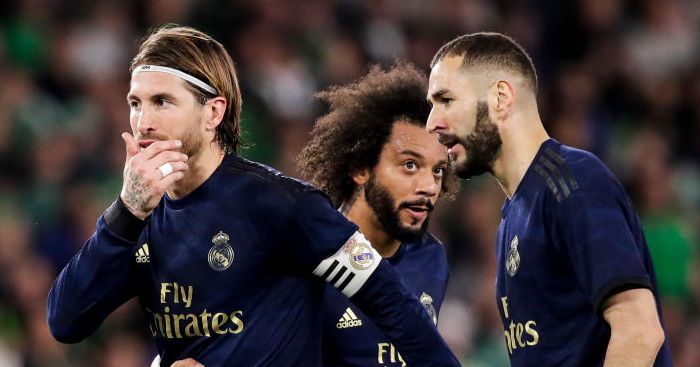 Real Madrid players have been told to go into quarantine after a member of the club’s basketball team tested positive for coronavirus, the La Liga side have announced.

The two squads share facilities, which have been closed, with Euroleague basketball temporarily suspending all matches until further notice.

Manchester City were due to face Real Madrid in the second leg of their Champions League last-16 tie at the Etihad Stadium next Tuesday.

La Liga has announced it has suspended “at least the next two rounds of matches” as a result of the quarantine in place at Madrid.

Coronavirus and football: The latest developments

A statement read: “Given the circumstances known this morning, referring to the quarantine established at Real Madrid and the possible positives in players from other clubs, LaLiga considers that the circumstances are already in place to continue with the next phase of the protocol of action against COVID- 19.

“Consequently, in accordance with the measures established in Royal Decree 664/1997 of May 12, agrees to suspend at least the next two rounds of matches.

“Said decision will be re-evaluated after the completion of the quarantines decreed in the affected clubs and other possible situations that may arise.

“La Liga, as organiser of the competition, has proceeded to communicate it to the RFEF (Royal Spanish Football Federation), the CSD (National Sports Council) and the clubs.”