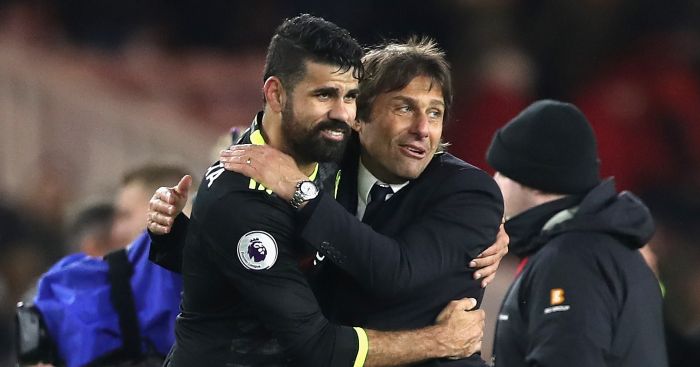 Diego Costa has criticised Antonio Conte once again over the Chelsea manager’s conduct.

Costa hit out at his boss last week, stating that he is “not a criminal” and is “not in the wrong” over his current status as a Blues outcast.

The striker then accused Chelsea of pricing Atletico Madrid out of a move for him, with the La Liga side being the only club he wants to join.

Conte laughed off the Spain international’s comments on Friday, but Costa has again re-opened the wound.

“Conte’s text? It was a moment of madness. It can happen, but I thought it was disrespectful,” he told MC News.

“I always asked to speak face to face with the coach and the board. I never sent [them] text messages, so it shows what kind of person he is.

“If something makes me sad about this situation, it’s [the fans’] affection as they’d always supported me, even during the delicate moments.

“If I’d been in the team for three years, it was for them and the dressing room, which was very much united. It was a great experience.”