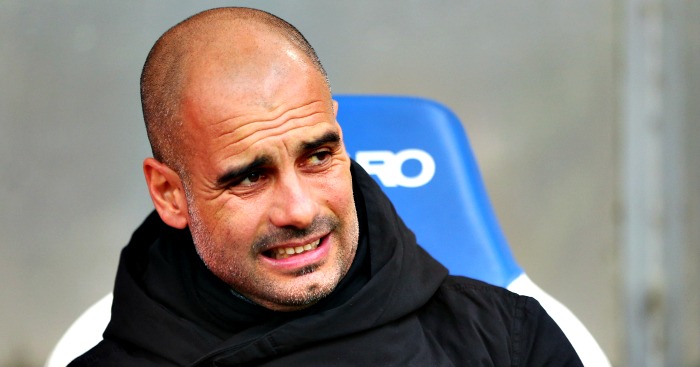 Since the announcement that Guardiola would replace former City manager Manuel Pellegrini at helm this summer, the club have been linked with a number of current Bayern stars.

Thiago Alcantara and David Alaba are reported targets of their former manager as he embarks upon his first season in the Premier League.

When asked whether he would join Guardiola at the Etihad Stadium, Douglas Costa revealed that the Spaniard has a clause in his contract prohibiting him from signing Bayern players.

“Would I be open to City if Pep called? It’s something he has in his contract, a clause that says he cannot sign any players from Bayern,” Costa told Globo Esporte.

“I have made a big step forward since leaving Shakhtar for Bayern. I did not expect to become so important right away. This has been the best year of my career.”

Costa then moved to praise Guardiola, who won three Bundesliga titles, two DFB-Pokals, one Super Cup and one Club World Cup in three years at the Allianz Arena, adding: “You cannot compare Pep to any Brazilian coach.

“If you put all Brazilian coaches together, you would get Pep,” Costa said. “One has motivational skills, another is tactically strong. But Pep has it all.

“Pep has the magic touch. He breathes football. He still played himself quite recently. Pep always keeps inventing new things. He is magic. I hope he can win the Champions League with City.”