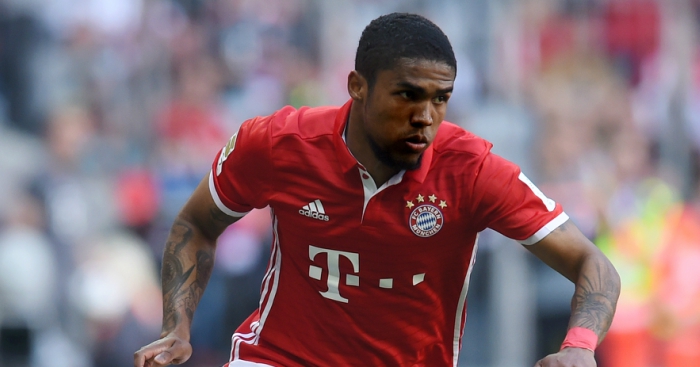 Douglas Costa has explained why he turned down the chance to join Pep Guardiola at Manchester City.

Costa joined Juventus on a season-long loan earlier this summer – but he is not even in the top eight of the most expensive loanees in history.

The Brazilian moves from Bayern Munich, where he worked briefly under Pep Guardiola before Carlo Ancelotti replaced the outgoing Spaniard.

Costa says that he had the chance to link up with Guardiola again at City, but that he wanted to test himself under a different manager instead.

“Why Juventus? Because in three years they have played two finals in Europe, they are the team with great will and the best chance of winning the Champions League,” he told Gazzetta dello Sport.

“I want to enter into Juventus’ history. A year away from the World Cup I couldn’t have chosen a better club. I am here to win everything, including the Champions League.

“Preferred position? At Shaktar I played five years on the right, at Bayern with Pep Guardiola I played in every position.

“After many years I wanted to avoid everyone thinking that I played just because he was the coach. I wanted to join Juventus to create new experiences, and to learn a different style of football.”