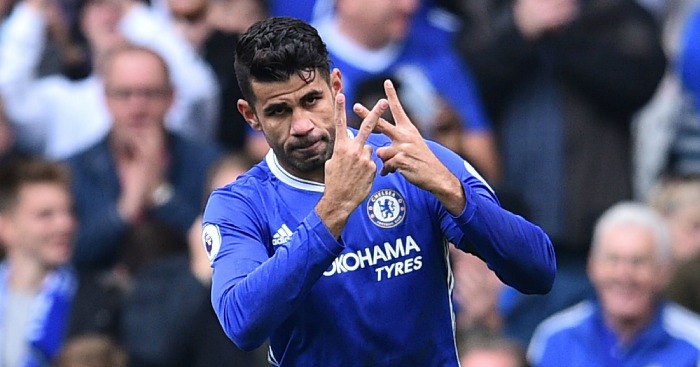 Costa scored 20 goals and assisted a further eight in 35 Premier League games as Chelsea retained their top-flight crown this season.

The Spain international’s future with the club remains uncertain however, with Atletico Madrid potentially interesting in re-signing their former striker.

Costa’s fate will be key to Chelsea’s summer either way, with the club potentially relying on his sale to help fund a £200m spend.

Everton striker Romelu Lukaku will be high on the Blues’ agenda if they do delve into the market, and Belgian daily Het Nieuwsblad asked him about potentially playing together with the young forward.

“I do not know, that’s a decision for the club,” Costa said. “Of course Lukaku is a very big player who has played an impressive season.

“I hope he will have the possibility to sign at Chelsea because Chelsea is a unique club.”

Asked about teammate Michy Batshuayi, whose playing opportunities have been limited behind Costa, the 28-year-old replied: “He is a big player and has an impressive future for himself.

“He has proven in the last games that he has quality and scoring ability. He is a boy who will take more big steps.

“Hopefully he will continue to grow and keep his head up. He has all the qualities to stay here.

“Chelsea might sign a new striker, Batshuayi may stay because he’s young and I could be leaving.”