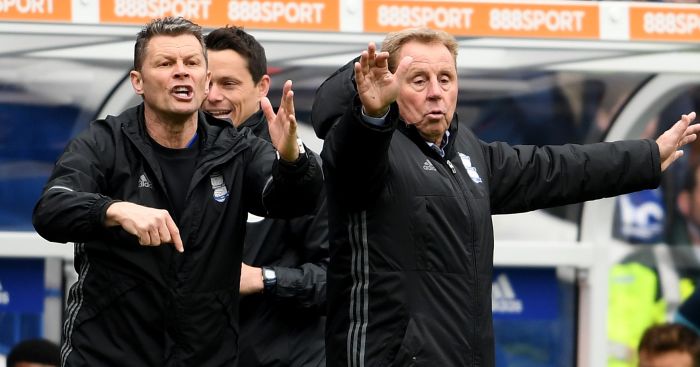 Birmingham have appointed Steve Cotterill as their new manager, the Sky Bet Championship club have announced.

The 53-year-old replaces Harry Redknapp in the St Andrew’s dugout, penning a two-and-a-half-year deal, and will be assisted by Lee Carsley.

Redknapp was sacked on September 16 after taking only four points from their opening eight league games.

Chief executive officer Xuandong Ren told the club’s official website: “We have every faith in Steve Cotterill to help us achieve the ambitions we all share.”

Cotterill’s appointment, which will officially begin on Monday, sees him return to the club he left in the summer, having been Redknapp’s assistant manager for three games at the end of last season.

He left that role in the summer to pursue opportunities as a manager and gets that chance back at St Andrew’s.

He will be assisted by Carsley, who was caretaker manager for two games following Redknapp’s dismissal and led the side to four points, drawing with Derby before beating Sheffield Wednesday in midweek.

The former Blues midfielder will be in charge for the Championship clash with Hull on Saturday before Cotterill takes the reigns next week.

“A lot of quality candidates applied for the manager position and we underwent a very, very careful and meticulous process of selection,” Ren added.

“We are also delighted that Lee Carsley will be Steve’s assistant manager and, with the rest of the management team, we are excited about the future prospects, we are sure they can do a great job.”

Cotterill has had a lengthy career in management and has enjoyed spells at Cheltenham, Stoke, Burnley, Notts County, Portsmouth and Bristol City.