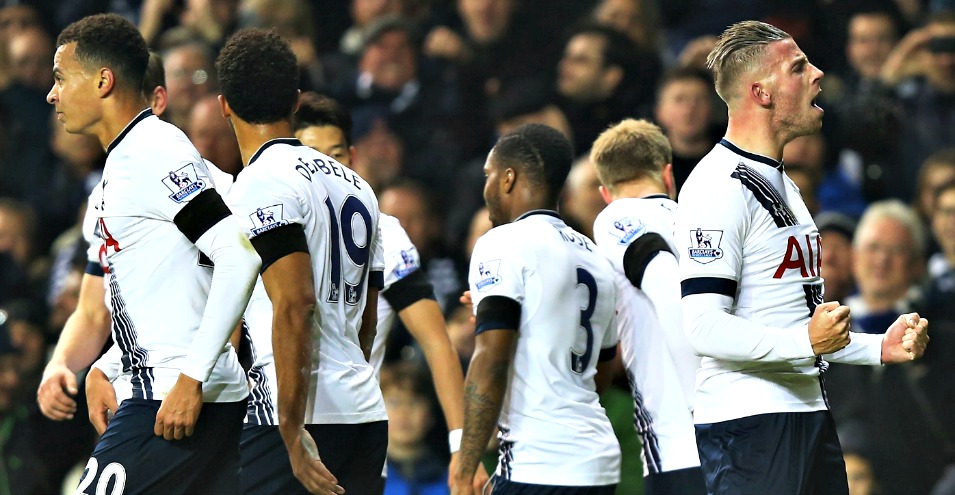 “This is the best team I’ve played in since I’ve been at Tottenham. He is trying to change the culture of the club and that was needed. We are very strong as a team and there is a good atmosphere in the group.”

Consternation was the general reaction to Mousa Dembele’s comments this weekend. Spurs, unbeaten since an opening-day defeat, currently boast one of the most promising sides in the Premier League; if anything that is an understatement. But the best side to inhabit White Hart Lane since Dembele’s arrival three years ago? A bold claim.

Although Dembele arrived after the halcyon days of Harry Redknapp, Luka Modric and Rafael van der Vaart, the midfielder is best placed among the current squad to make comparisons with previous editions. Only Kyle Walker has spent longer in the Spurs first team, with Dembele experiencing the match-winning magnificence of Gareth Bale first-hand. The Welshman earned a move to Real Madrid after inspiring the side to fourth place seemingly single-handedly a year prior, before almost repeating the trick in his final season. That Dembele prefers the current side is a glowing appraisal.

The key is that this is no longer a Spurs team built around individuals. They boast one of the Premier League’s three best keepers in Hugo Lloris, one of the three finest central defenders in Toby Alderweireld, one of the most balanced and promising midfield pairings in Alli and Eric Dier, and one of the league’s leading strikers in Harry Kane, but this is a team in every sense of the word.

Dembele suggested as such in his reasoning: “We’re playing very much as a team, something we haven’t done much in the past. It is not one or two players playing well, the team is playing well and that allows for someone if they have an off day – it’s a good thing.” Where the previous side would rely on a moment of Bale genius or Modric excellence to carry them through, Spurs in the current day are synonymous with a team effort.

Sunday’s London derby with West Ham heralded a clash between fifth and sixth in the Premier League, but the gulf in class was considerably more than one place. Spurs looked irresistible while West Ham’s typically trustworthy defence crumbled; an away record which had seen the Hammers win more points than all but Arsenal was tossed aside in 90 whirlwind minutes.

12 – Tottenham Hotspur recorded 12 shots on target v West Ham United today; no side has managed more in a PL game this term. Hammering.

That West Ham were missing Dimitri Payet should not be ignored, but it merely strengthens the consensus that this is a different Spurs. They too were missing a key player in the suspended Erik Lamela, but still recorded their second biggest victory of the season.

Dembele continued his remarkable renaissance against the Hammers with a fine all-round performance; look no further for a player more symptomatic of the debate between team and individual talent. The Belgian struggled to impose himself at White Hart Lane under the management of Andre Villas-Boas and Tim Sherwood, but he has been a revelation under the tutelage of Pochettino. No player made more key passes (4), no player enjoyed more touches (84), no player won more tackles (4), and no team-mate won possession more times (14).

The most striking aspect of this Spurs side is their average age. The trio of Hugo Lloris, Jan Vertonghen and Dembele formed a veritable trio of senior citizens at 28, with Alli (19), Dier (21), Kane (22) and Eriksen (23) providing the cliche-ridden reminder that if you’re good enough, you’re old enough.

While the future is bright, what of the short-term? What should Spurs target this season? The top four, certainly. Now in fifth, just two points separate them from Arsenal. With Chelsea adrift and Liverpool amid a chasing pack upon which Spurs have a three-point cushion, an inability to secure Champions League qualification this season would be seen as a failure. In that sense, they are the victims of their own success.

But, in this predictable season which sees Leicester top the table after 13 games, Jamie Vardy equalling Ruud van Nistelrooy’s records and the reigning champions suffering more league defeats than all but the bottom three, could – and whisper this quietly – Spurs sustain a title challenge?

Manchester United look only sporadically convincing, as do Manchester City, and their bitter North London rivals are undergoing their typical November collapse. Consistency could well be integral, and considering Spurs are on an unbeaten run at least twice as long as any other side (Leicester are on the second-longest with six games), Pochettino’s side could be in with a chance. The slimmest of chances is a chance, after all.

When asked whether Spurs could win the league this season after watching what he described as their best performance yet, Pochettino simply replied: “We’re a young squad.” You don’t win anything with kids, you see.

What is for certain is that Spurs are stronger, more resilient, more rounded and, consequently, better than perhaps all their predecessors in the Premier League era. Only Leicester and Manchester City have scored more league goals, while only Manchester United have conceded fewer; cue a heavy defeat to Chelsea next week.

As the saying goes: the whole is greater than the sum of its parts. And when those parts are this good, the sum simply gets better. Optimism – albeit characteristically cautious – is unavoidable.